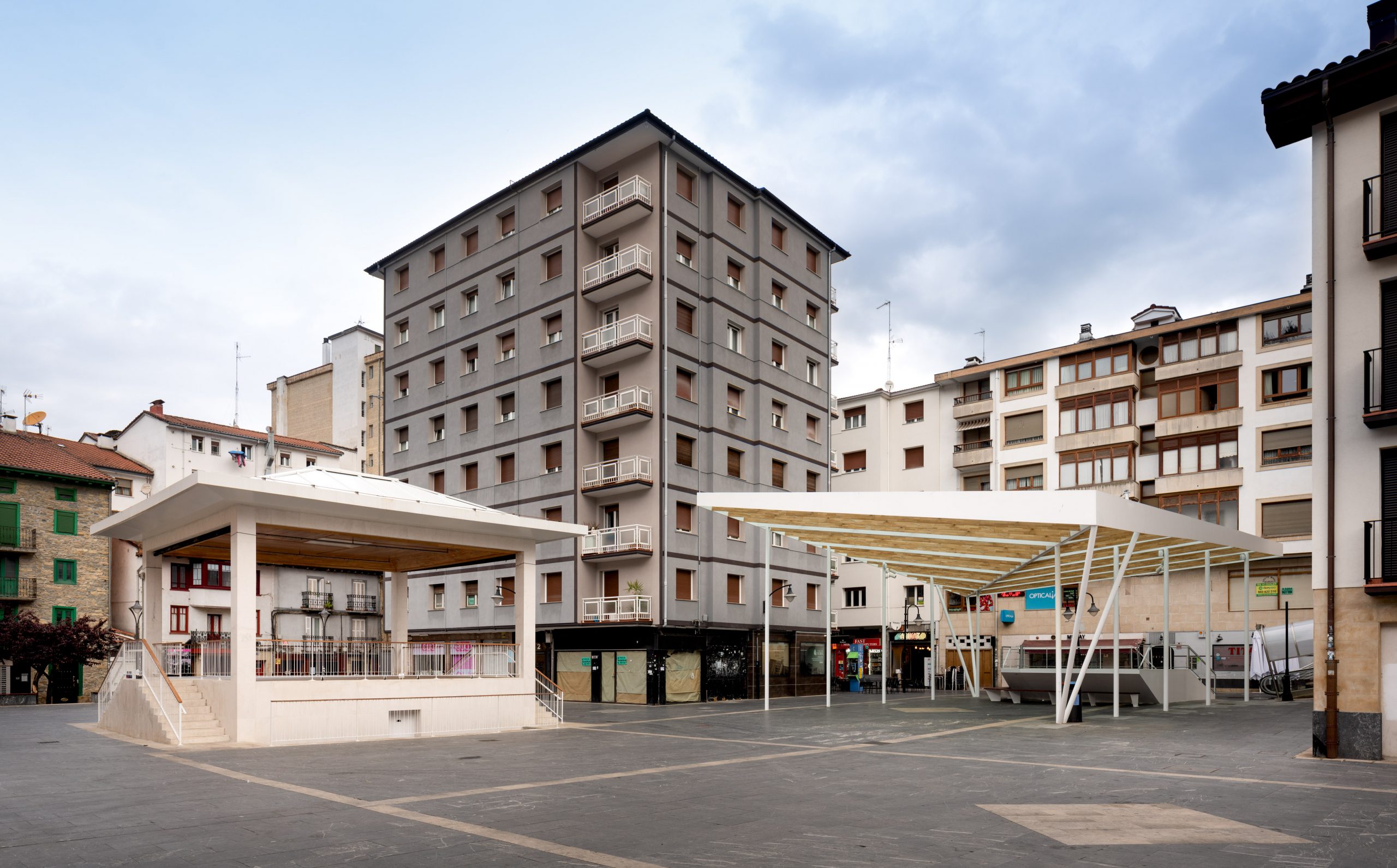 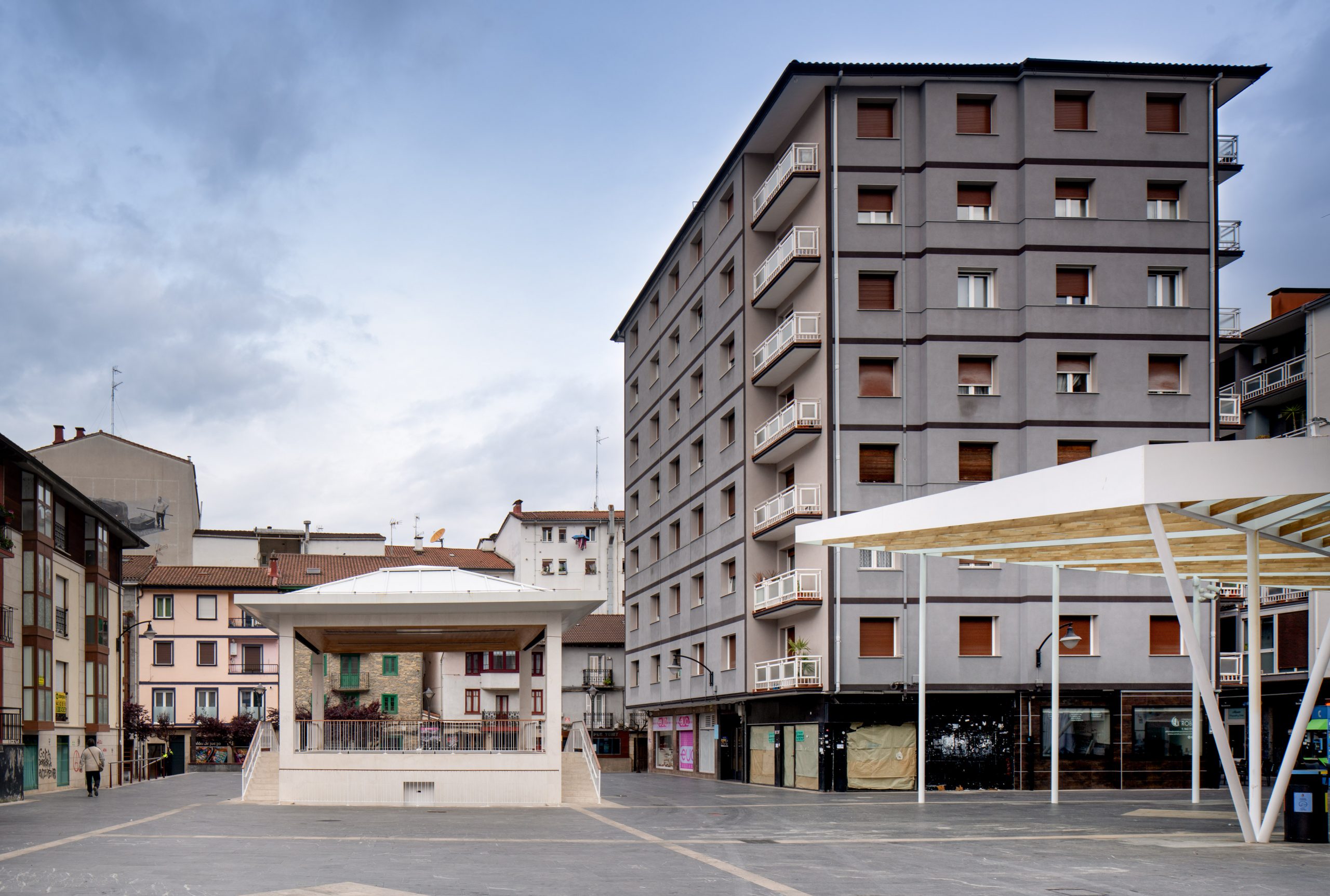 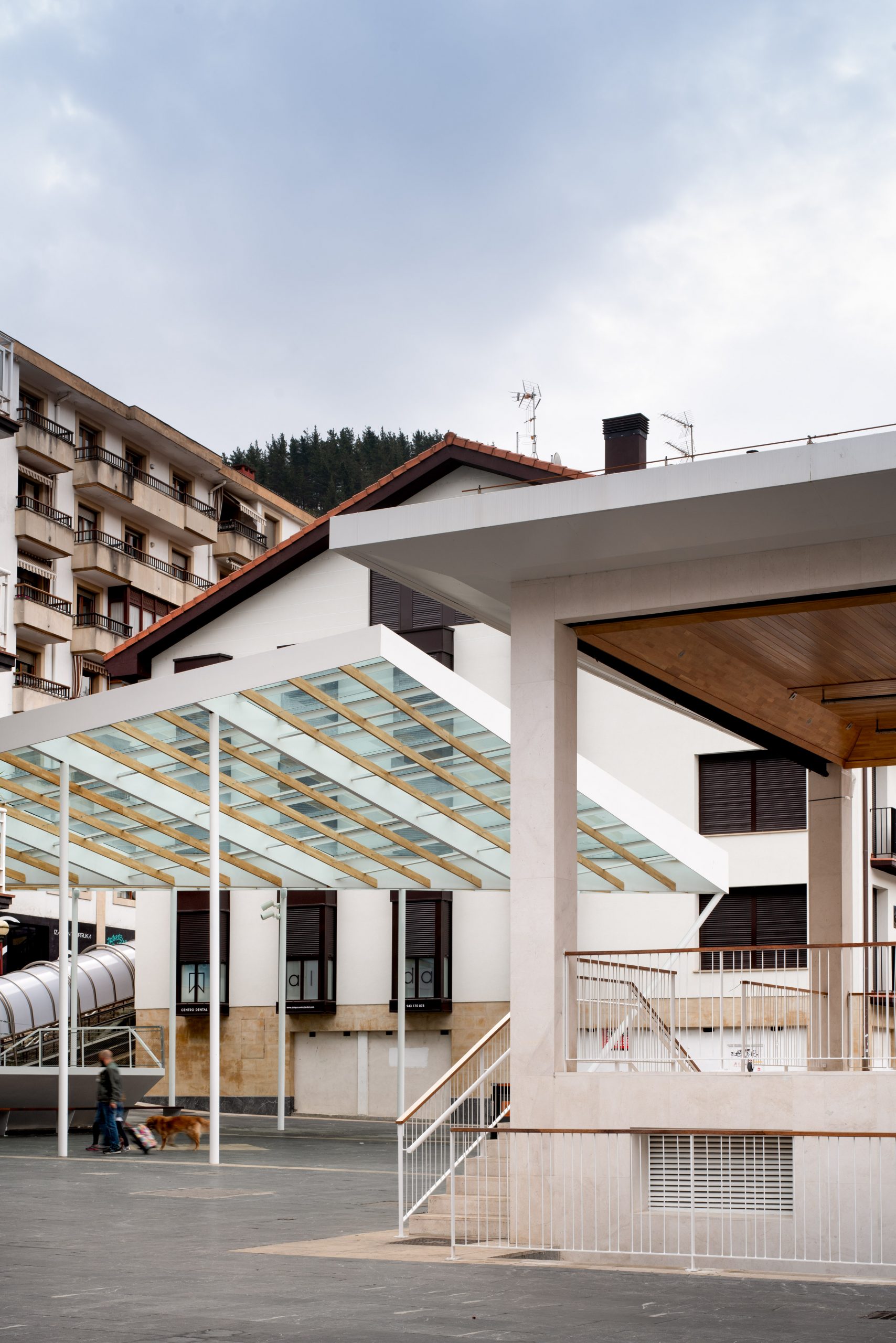 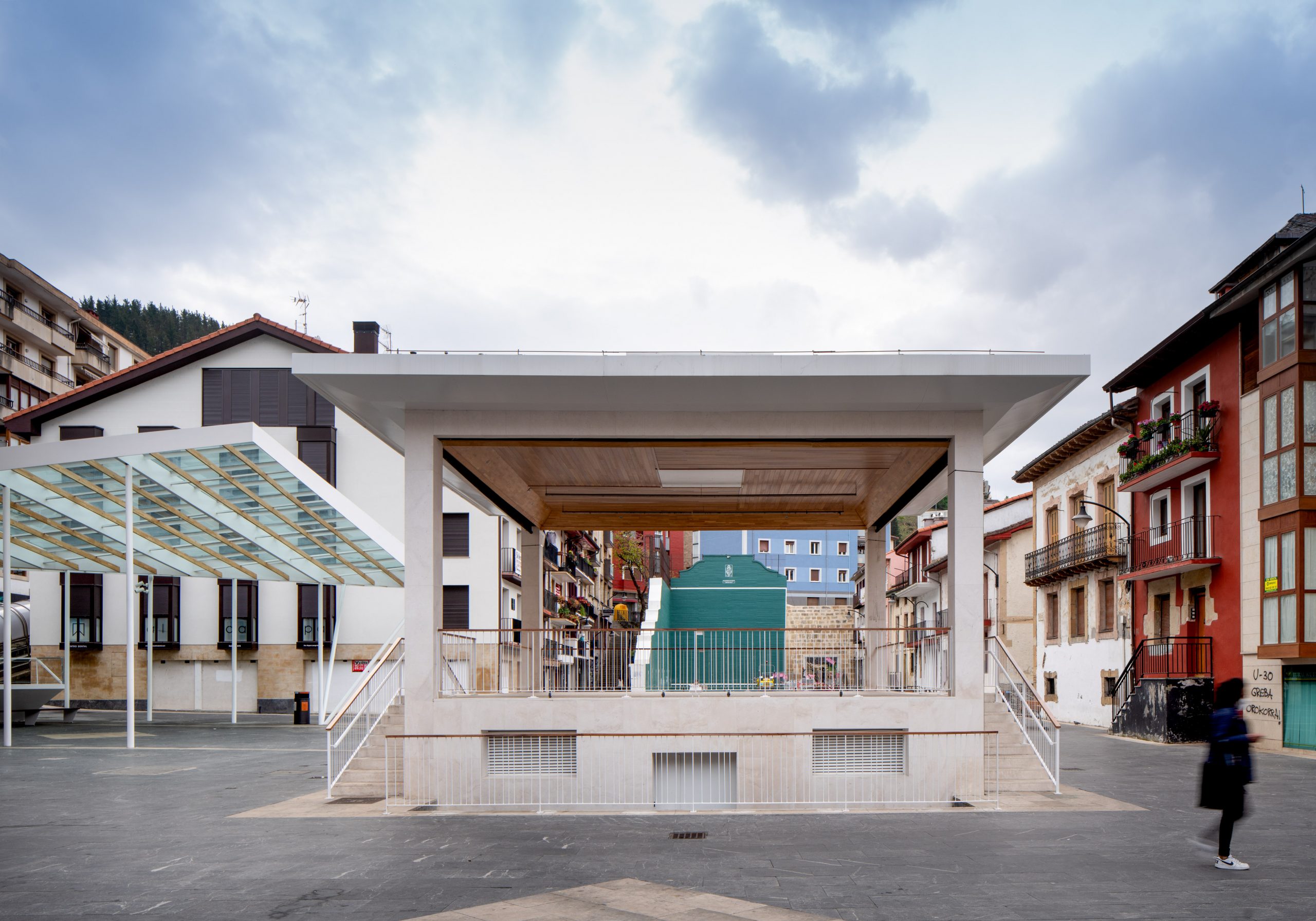 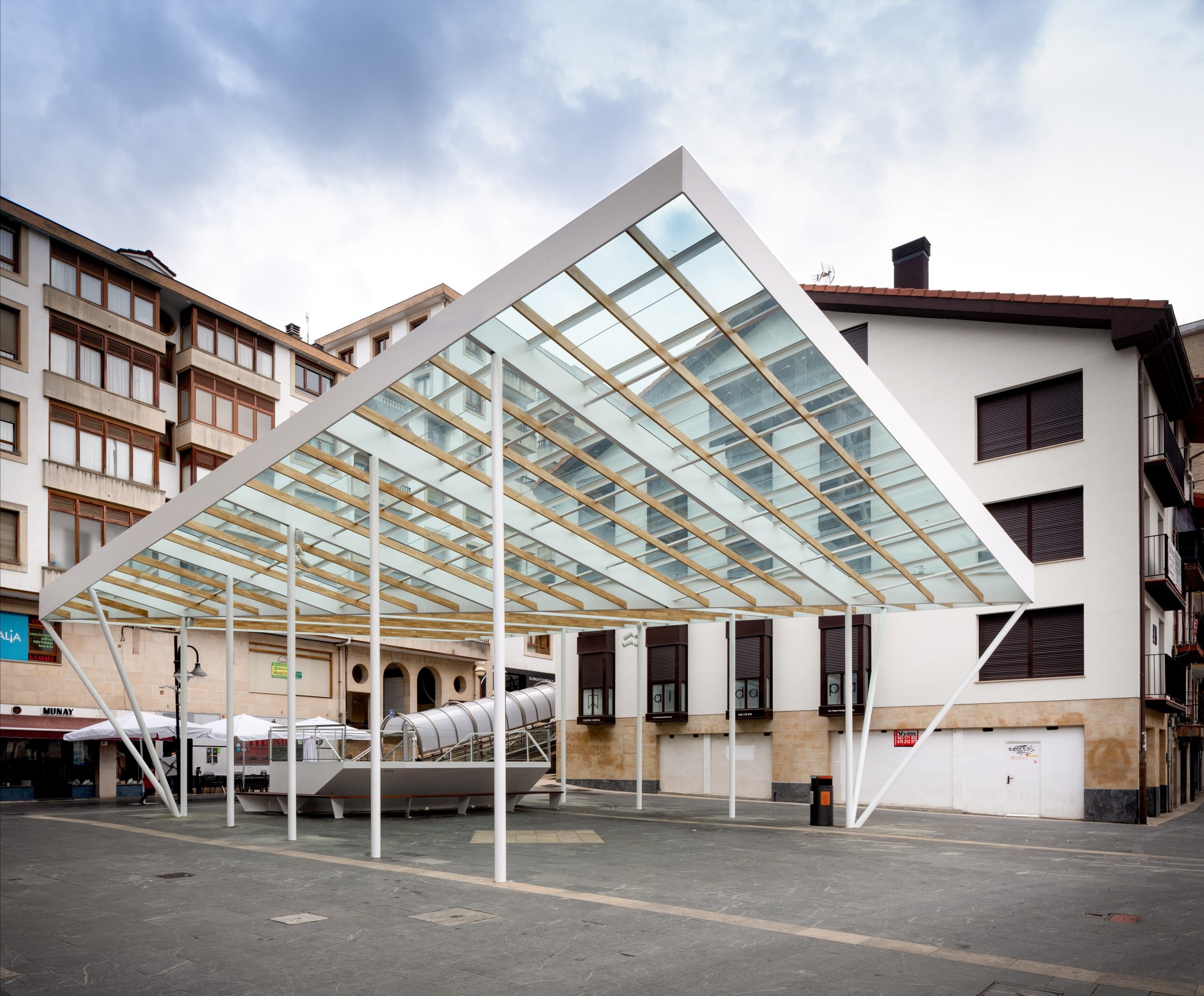 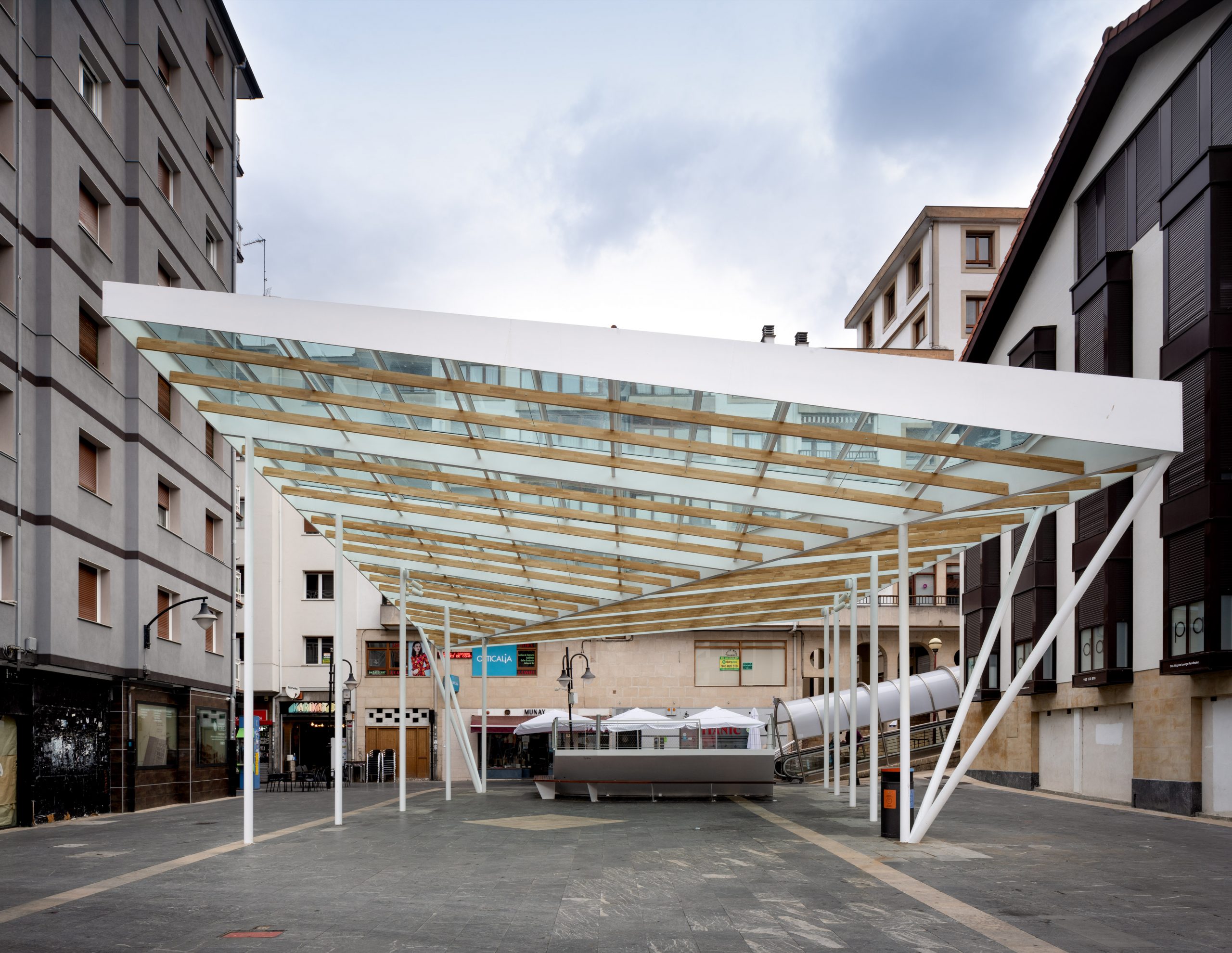 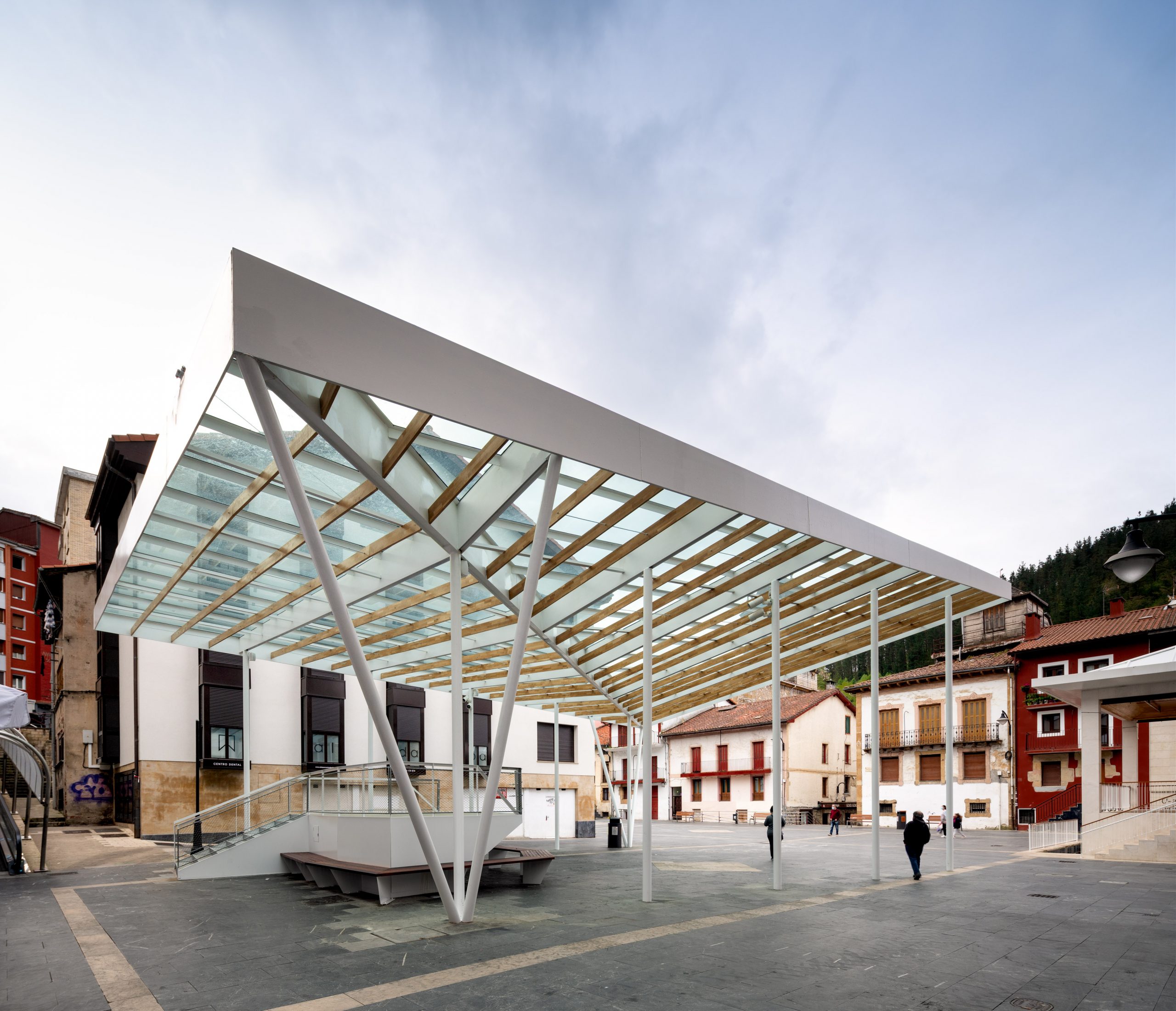 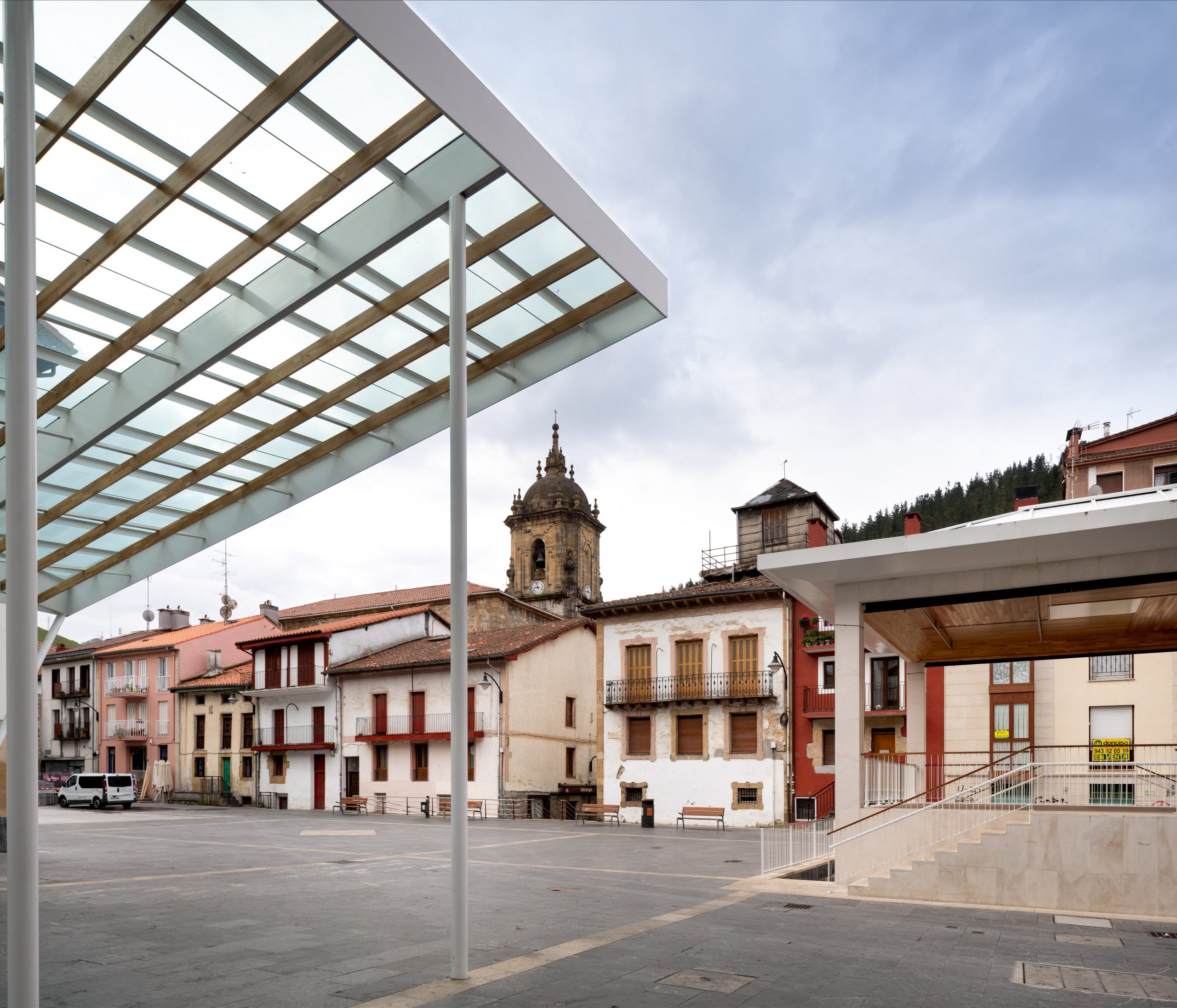 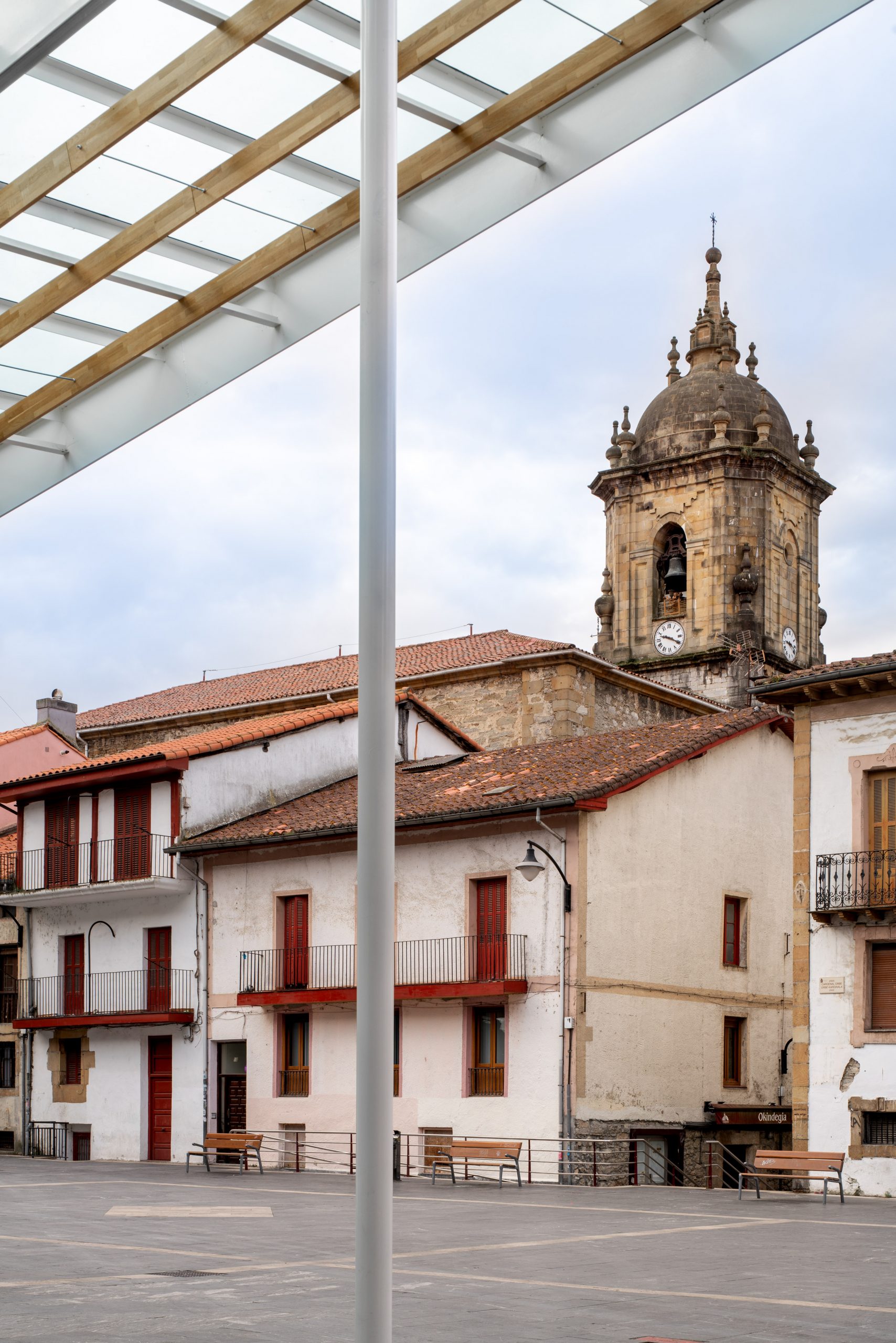 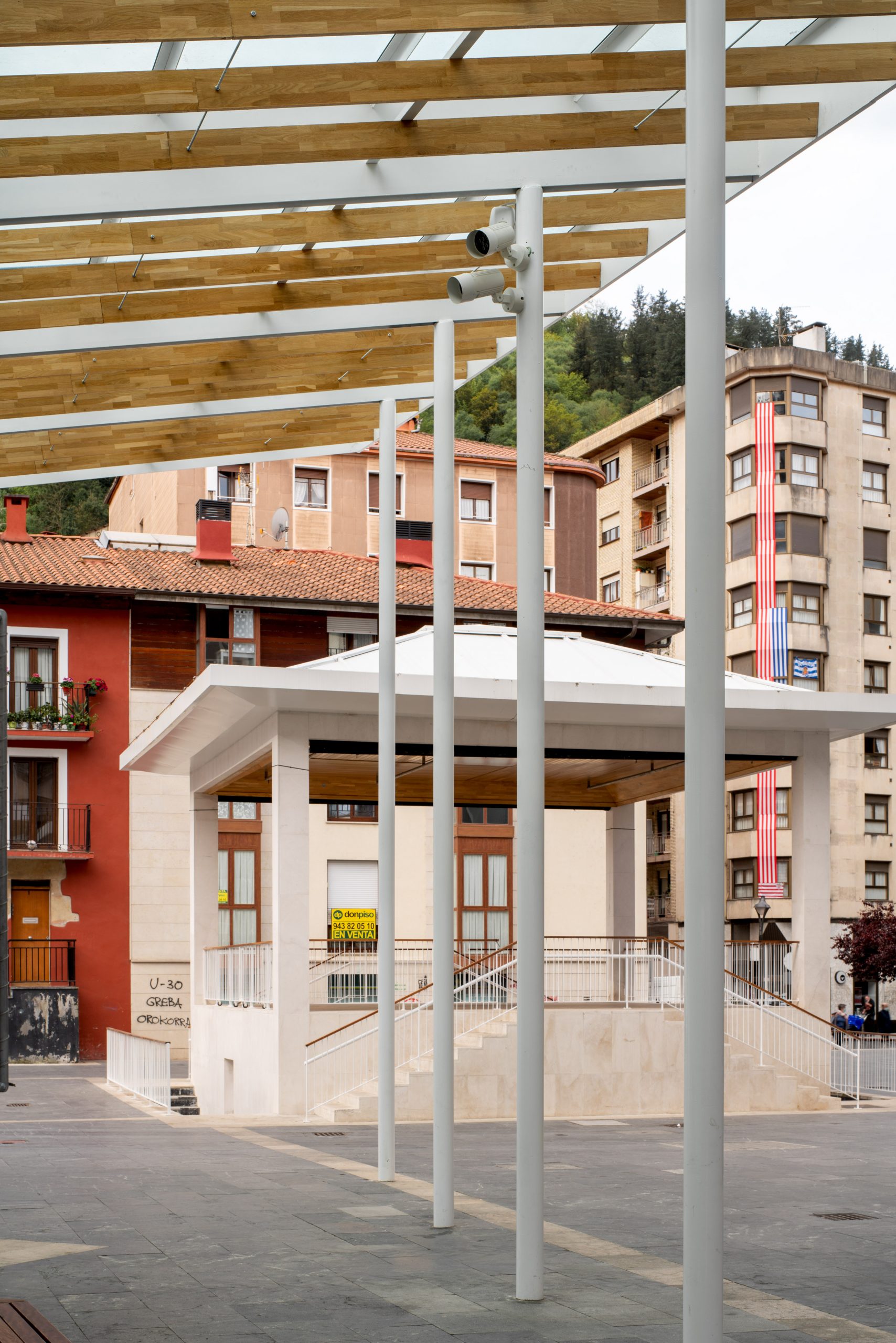 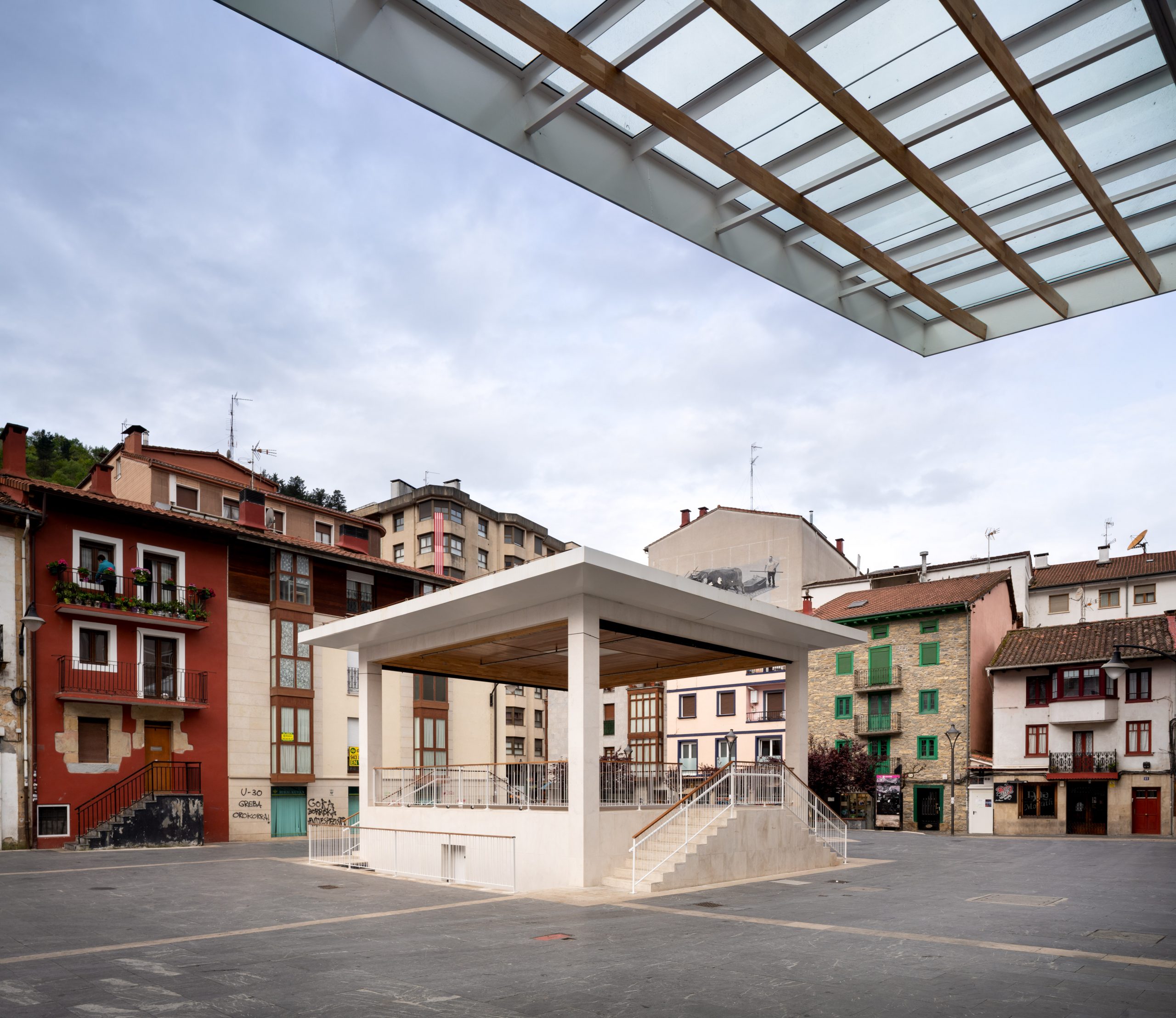 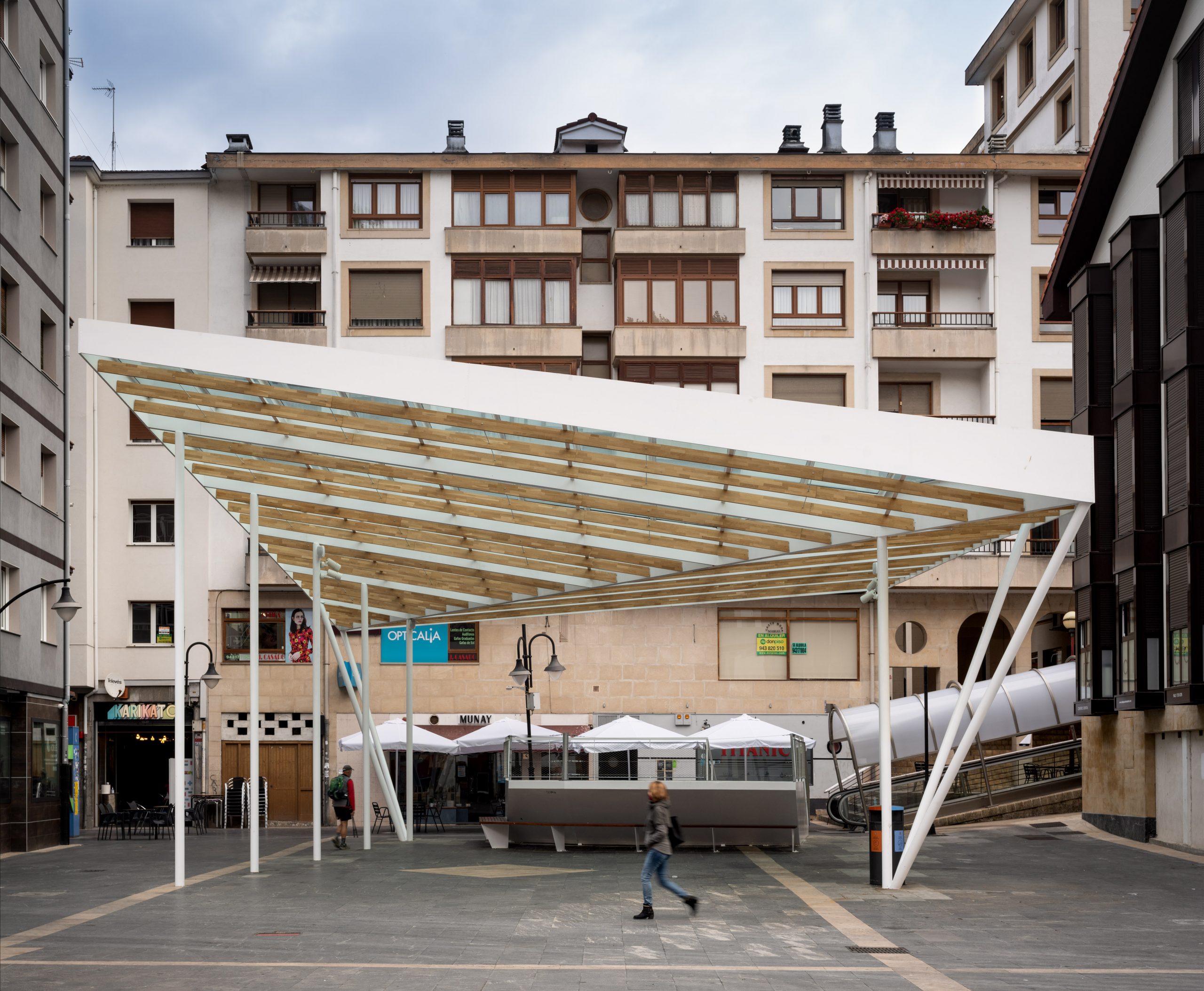 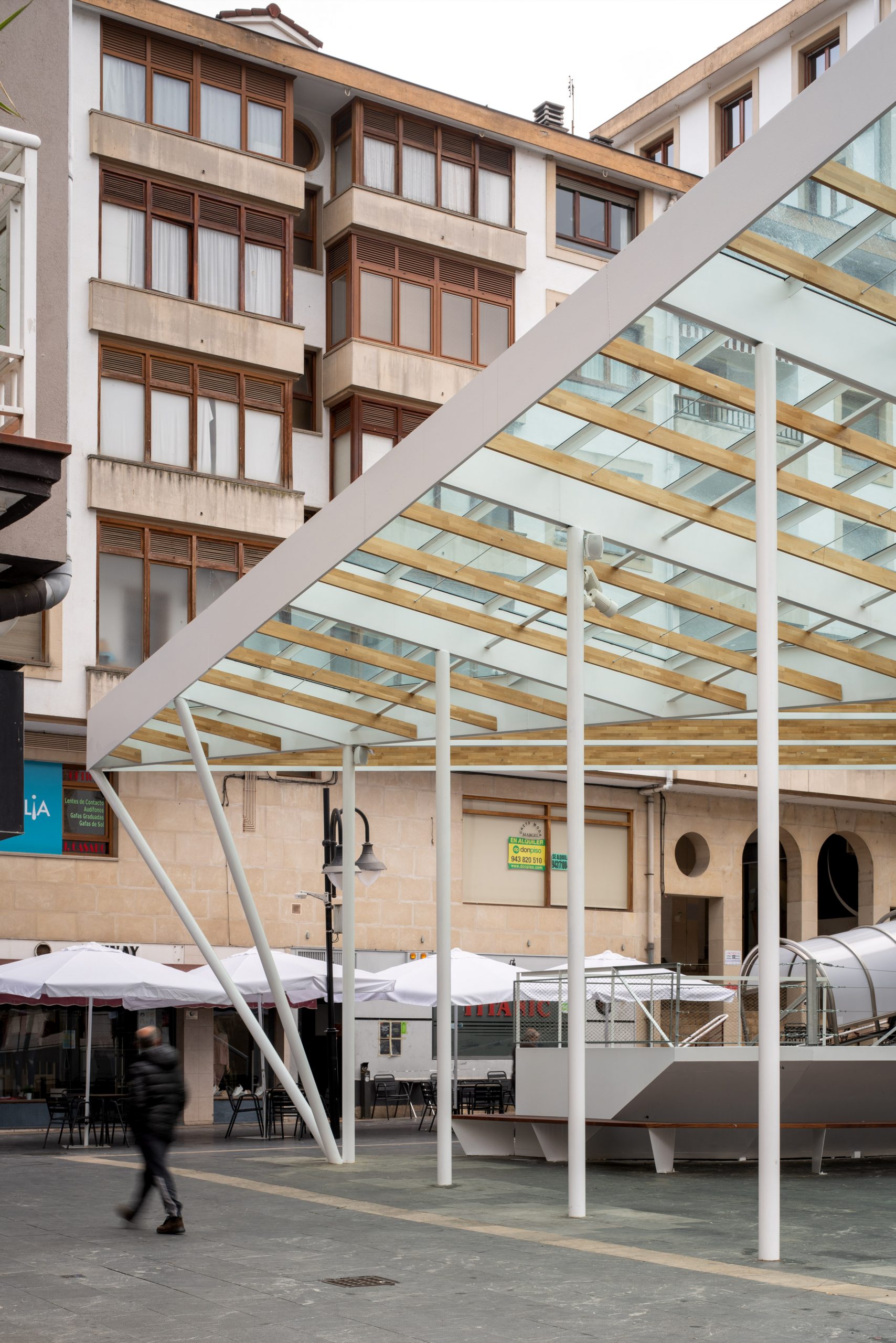 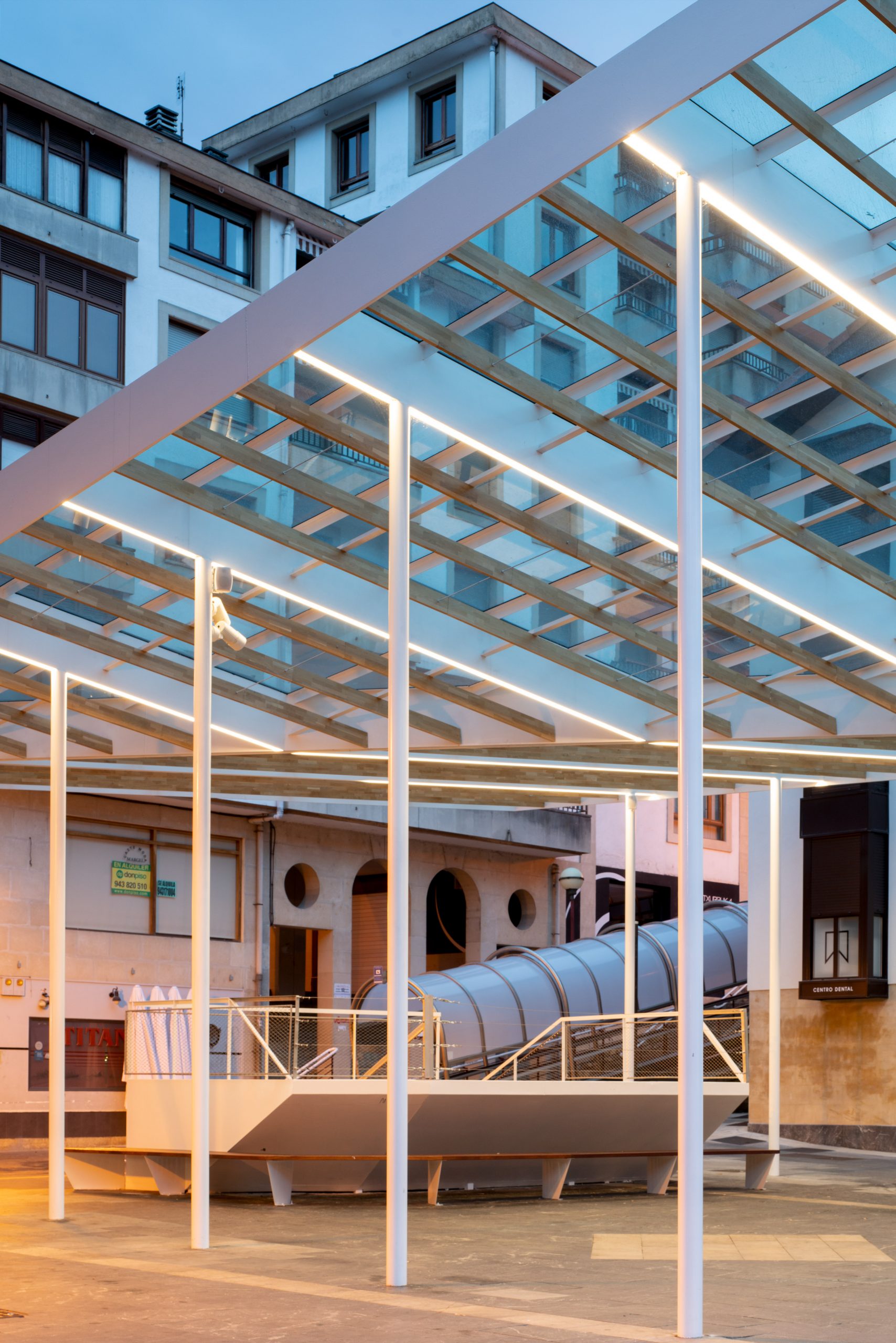 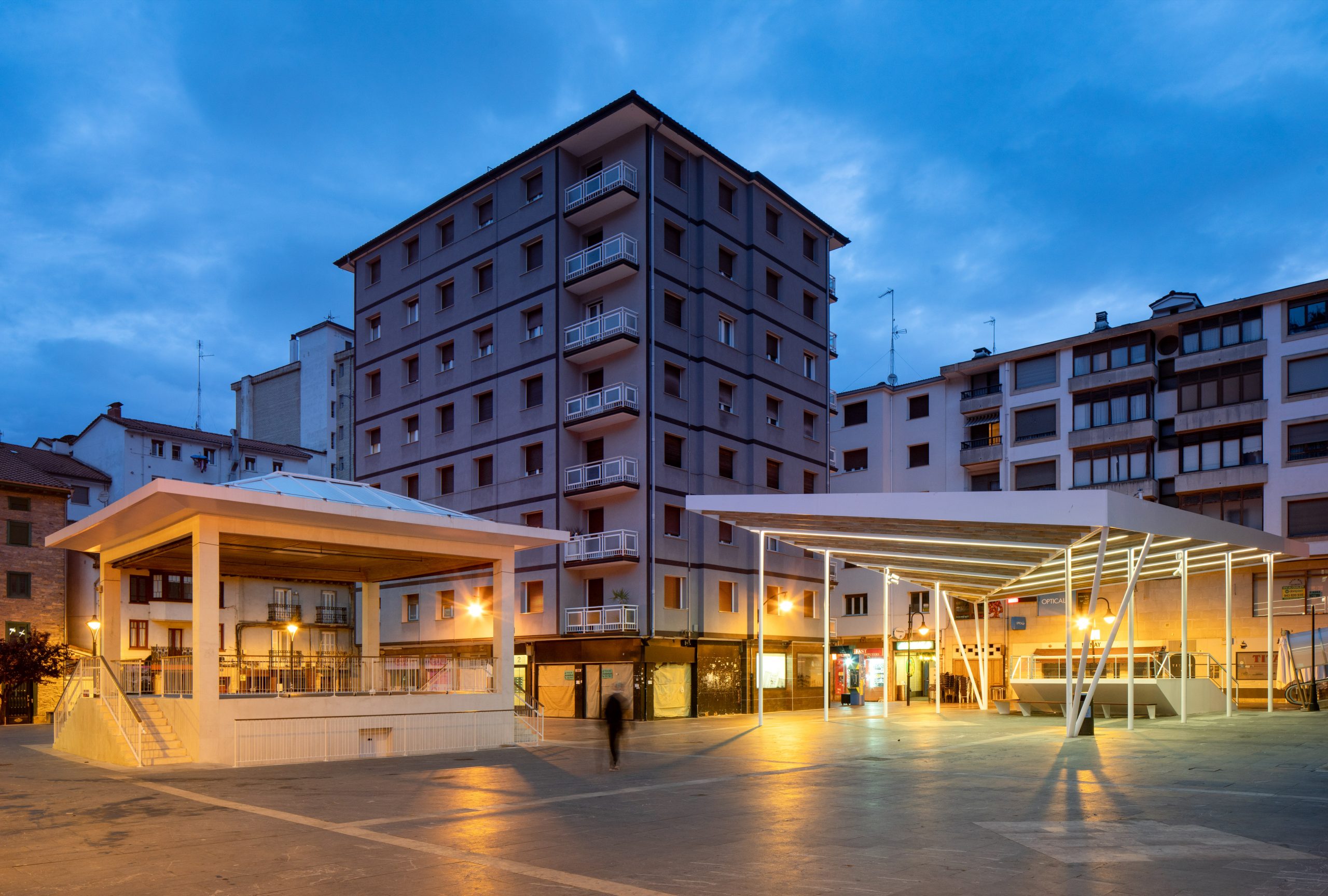 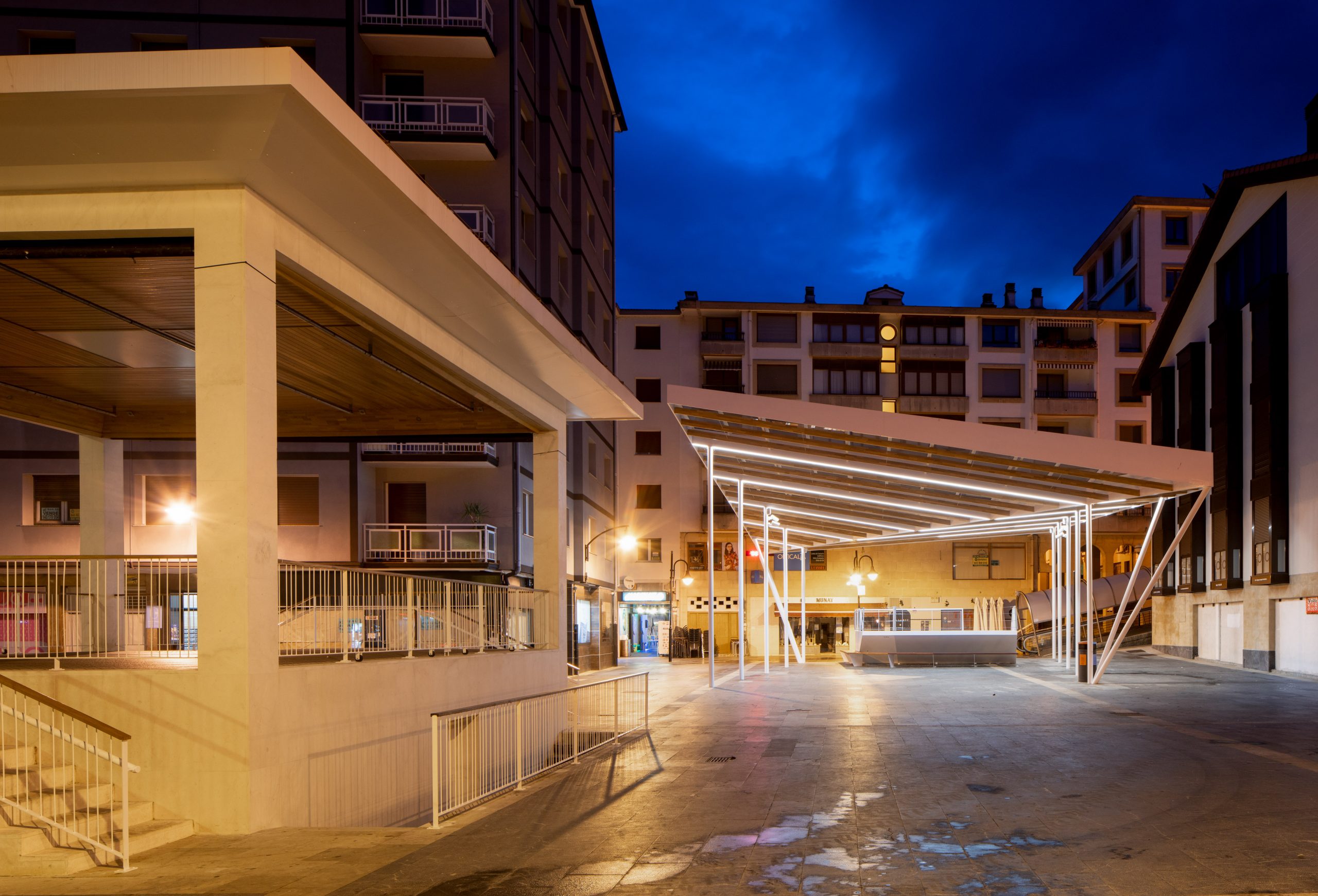 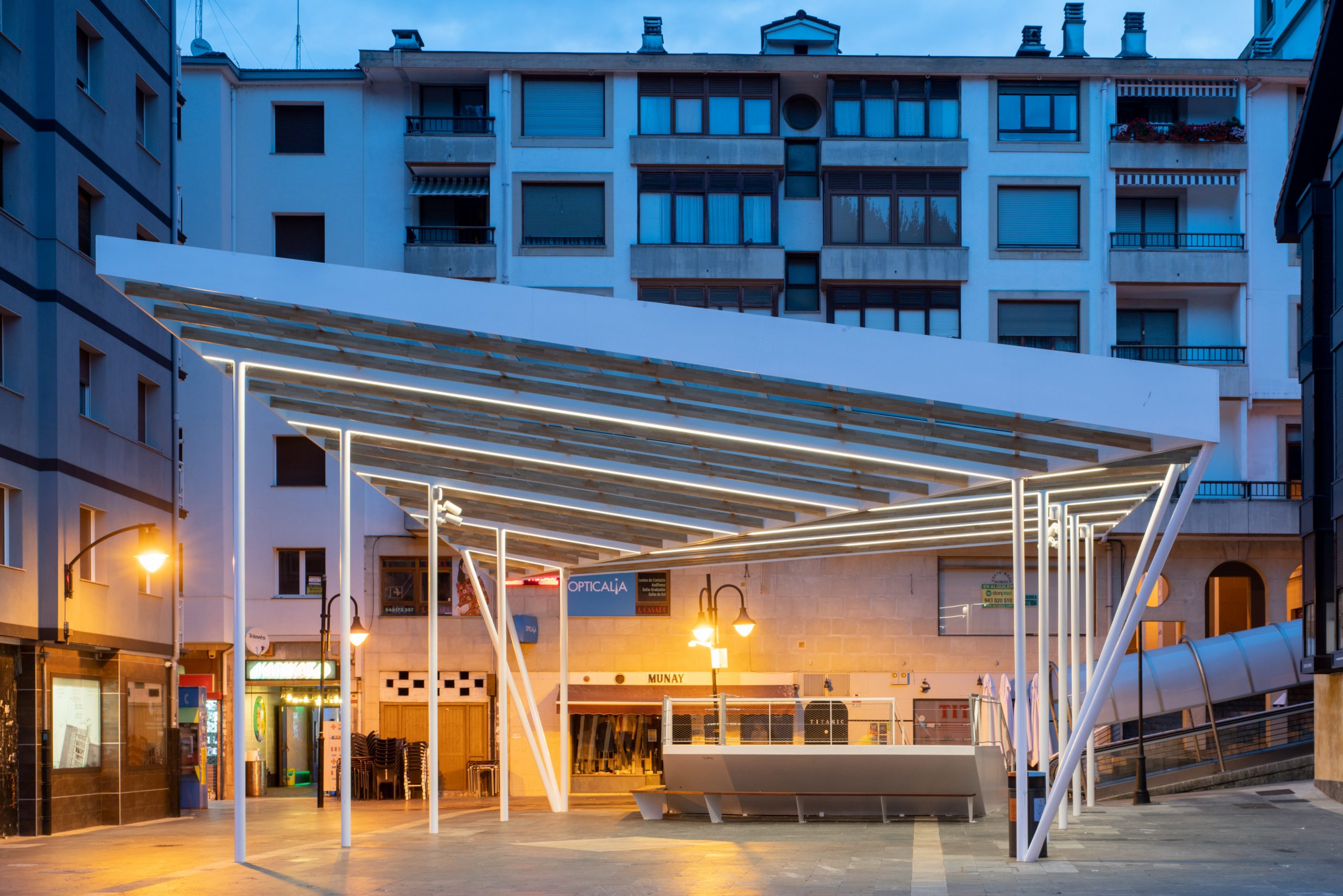 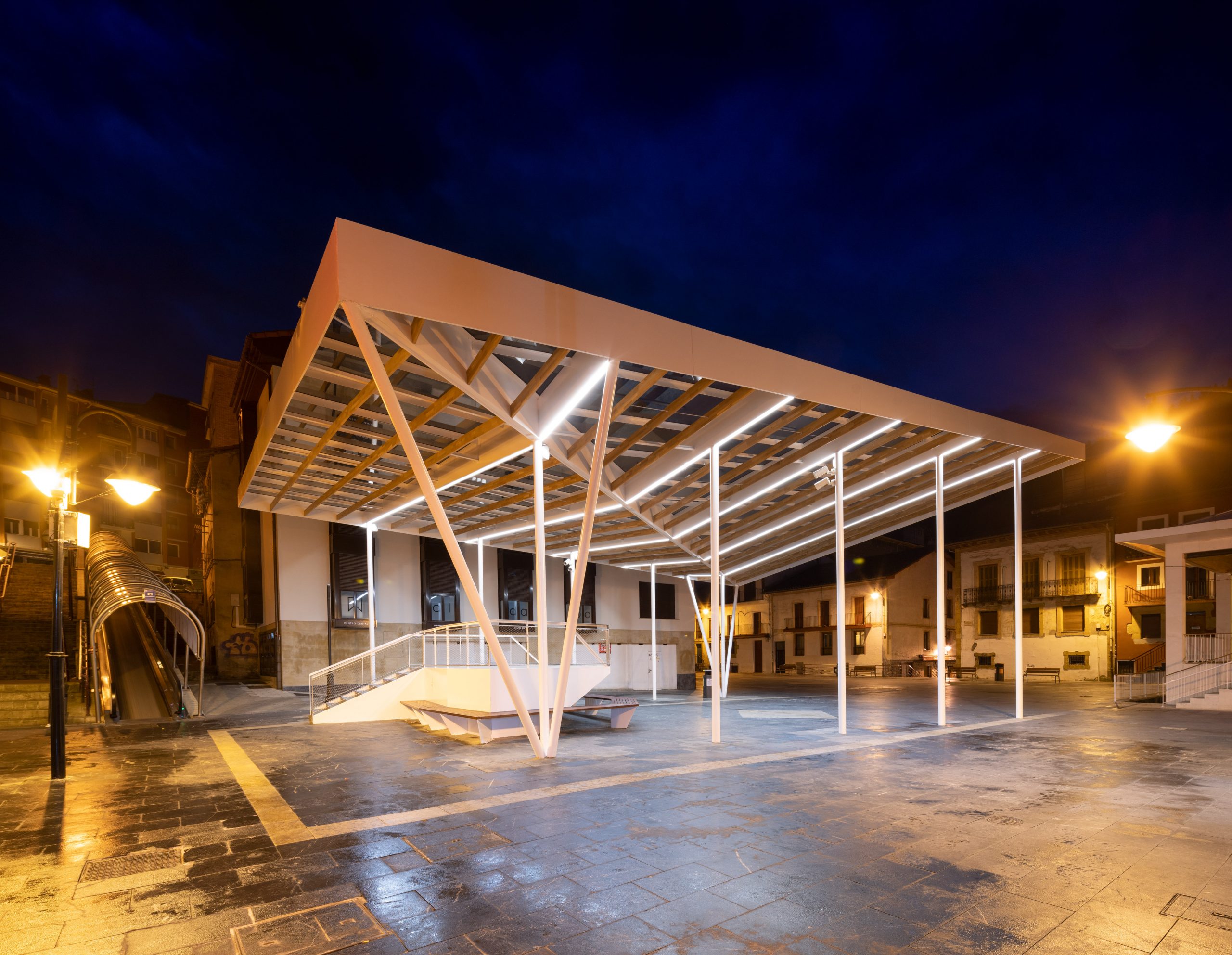 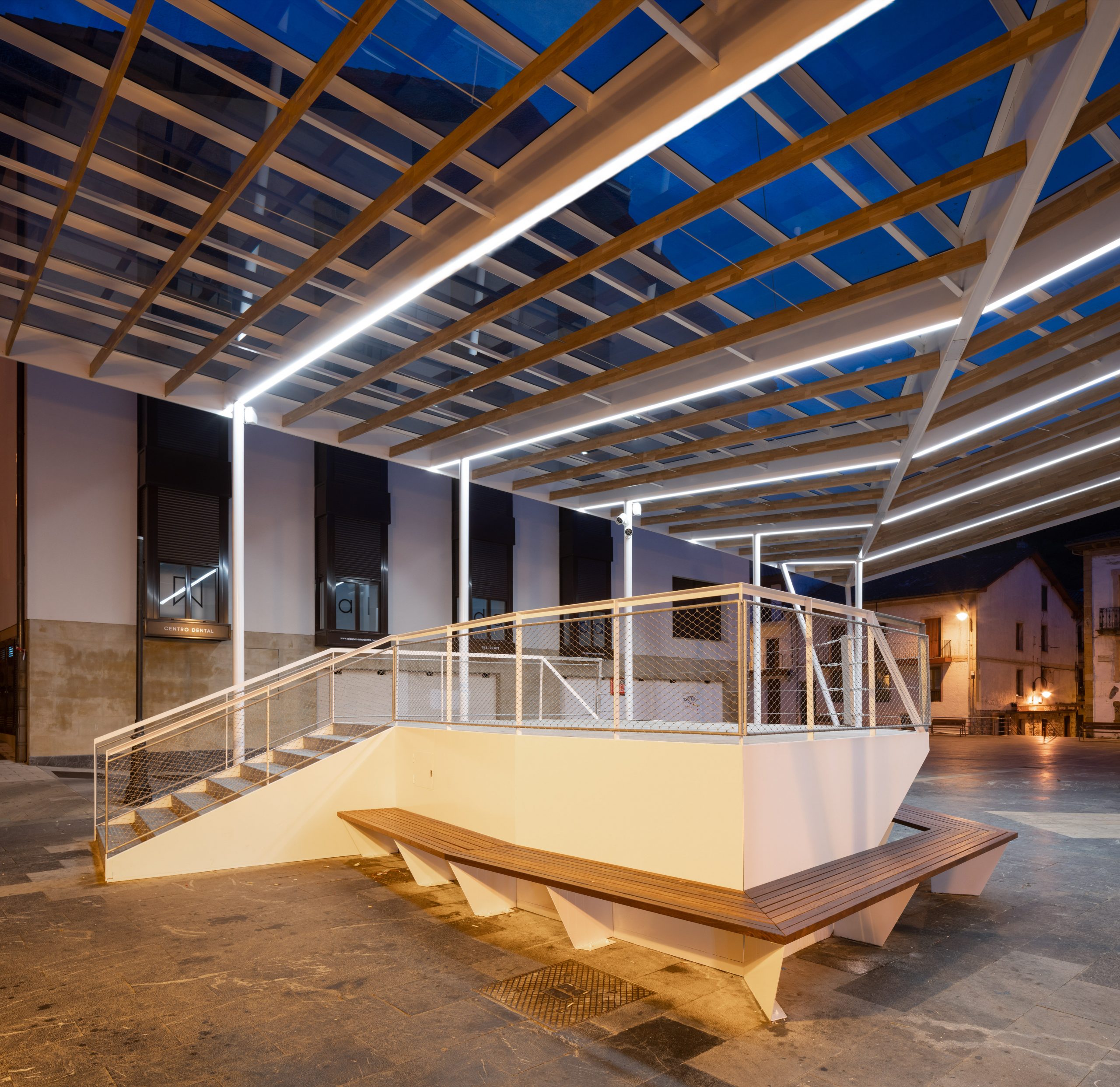 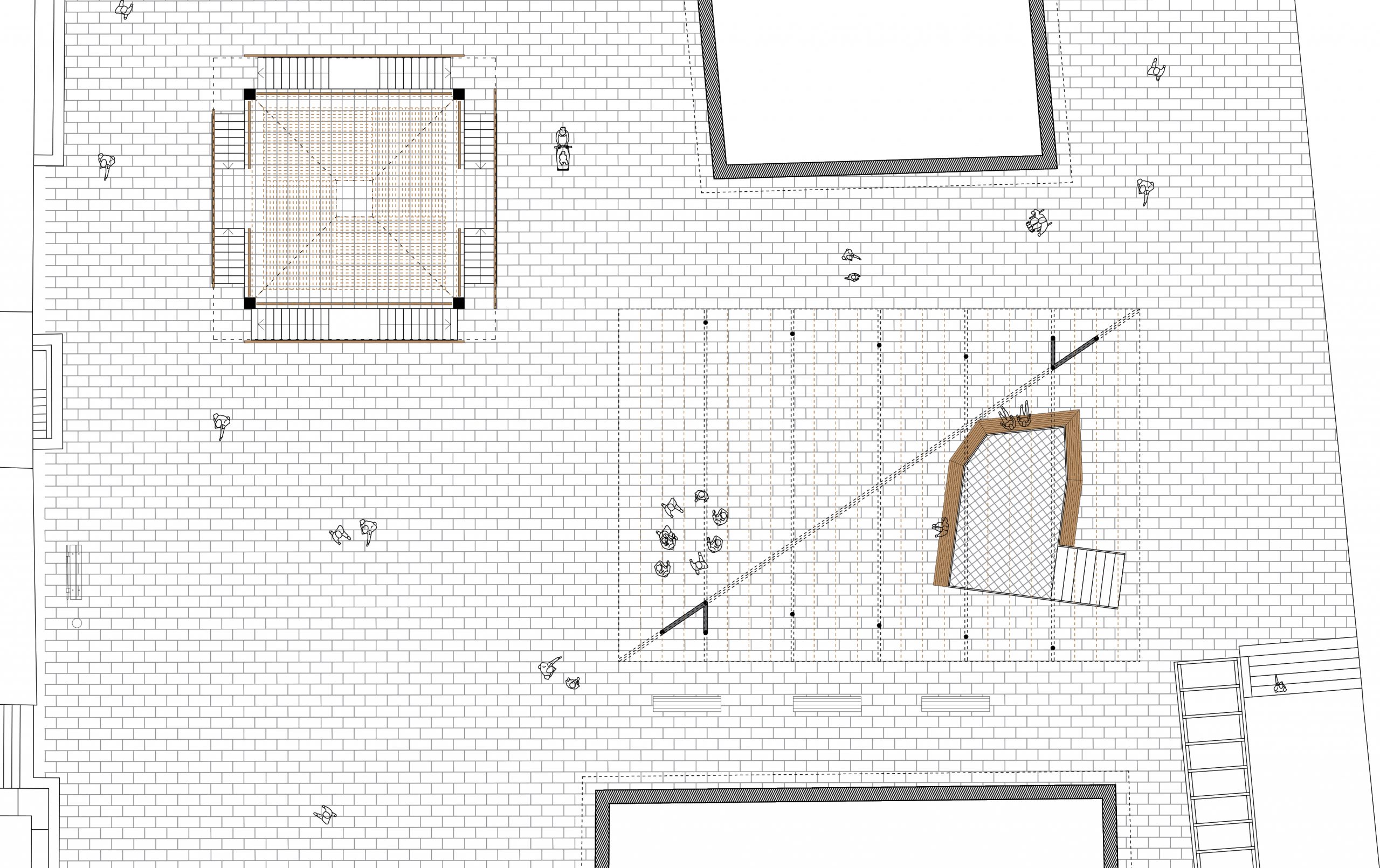 Cardenal Orbe square is situated in the hearth of the historic centre and it is crucial in town’s social life. It is a place to gather, to stay and to play at. By means of the general urban planning, Ermua is carrying a transformation and enhancement of the historic center, including strategic actions with relevance in the urban mesh and in social and aesthetic issues.

The new roof answers to the need of a covered area in the town center. A roof able to host activity all year round, despite of the weather conditions. The proposed canopy involves adding a new “element” to Cardenal Orbe square. Hence, it is complementary to the existing ones: the Kiosk and the Jai Alai. Besides, its location within the square (close to the mechanical ramps and the existing bar terraces) makes necessary that the new canopy takes into account the pedestrian circulations through the space.

In this sense, the proposal seeks to maximize permeability through the usage of thin pillars and the position and geometry of the stage and the canopy itself. The proposal tries to provide an harmonic and delicate answer, proportional to the surroundings. In order to achieve that, different aspects as transparency and lightness are considered, as well as the usage of materials and, especially, the geometric accuracy. By means of a delicate fold of the canopy and the usage of the perspective as a tool, the covering looks much more smaller, disappearing to our eyes and suiting Cardenal Orbe square.

The new roof looks for integration in relation to the existing elements. Canopy’s fold and pillars display (with the axis slightly rotated) seem to “converse” with the Kiosk. The language used for Kiosk’s renovation and the canopy is the same, enhancing the harmony between the two elements.

The presence of the bar terraces in Cantabria Zeharkalea is considered. In this sense, the stage is designed as a daily used street furniture piece. A piece that does not give its back to the bars’ terrace area, but becomes part of it as a place of pause and recreation.

The key element that generates the canopy is a horizontal plane with just one fold. Its height is determined by usage requirements under the roof -appearing higher at the stage-and issues that have to do with harmony and proportion in relation to the preexistences -Kiosk, trees, houses. The scale of the canopy is controlled in order to minimize its visual impact in the square. Maximum transparency is desired. The geometry and position of the stage encourage its usage all year round. Besides, the stage does not give its back to the bar’s terraces at Cantabria Zeharkalea, but becomes part of it. The canopy is designed according to standardization, industrialization and economic parameters. Lightning and loudspeaker system are integrated in the architecture.