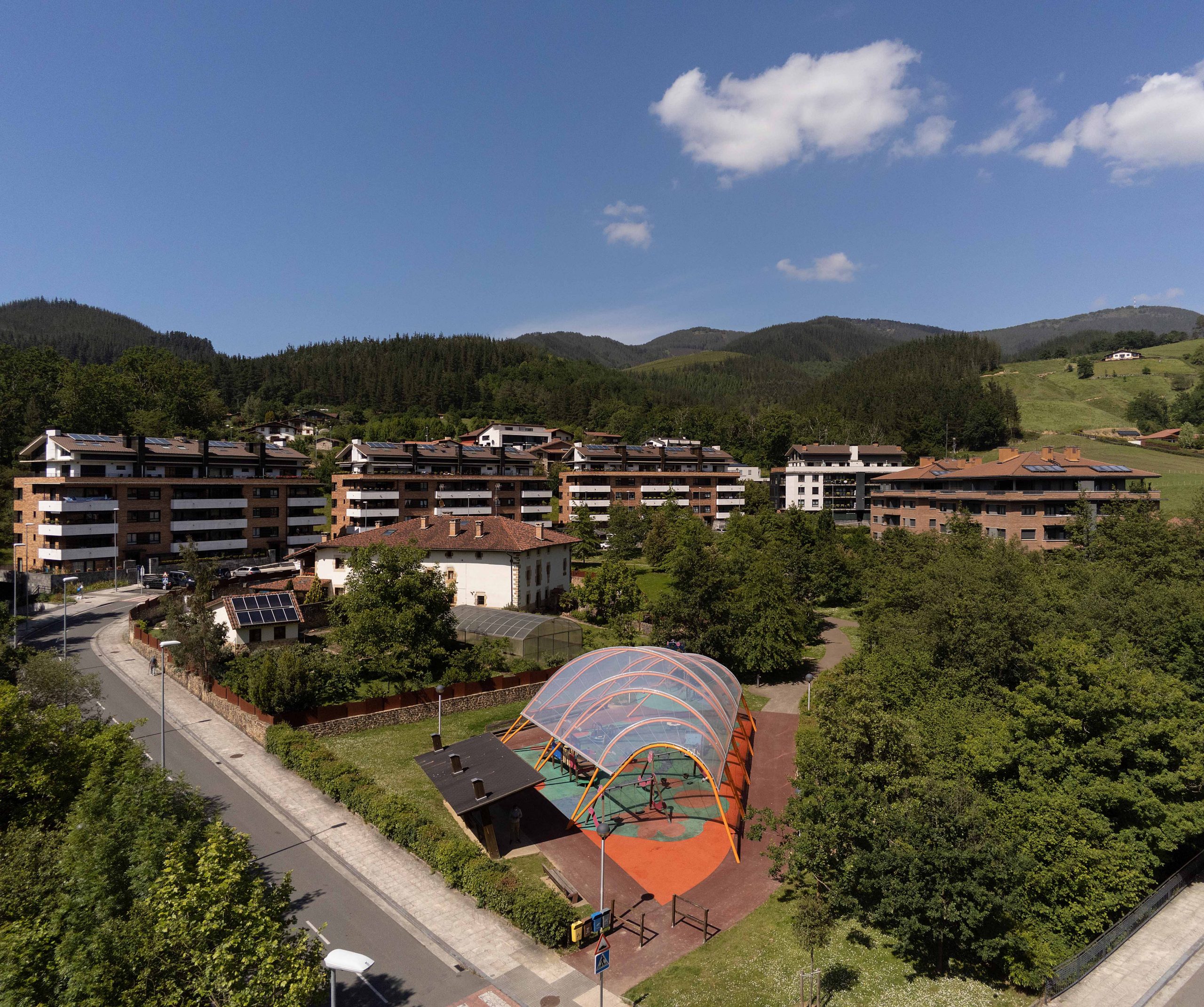 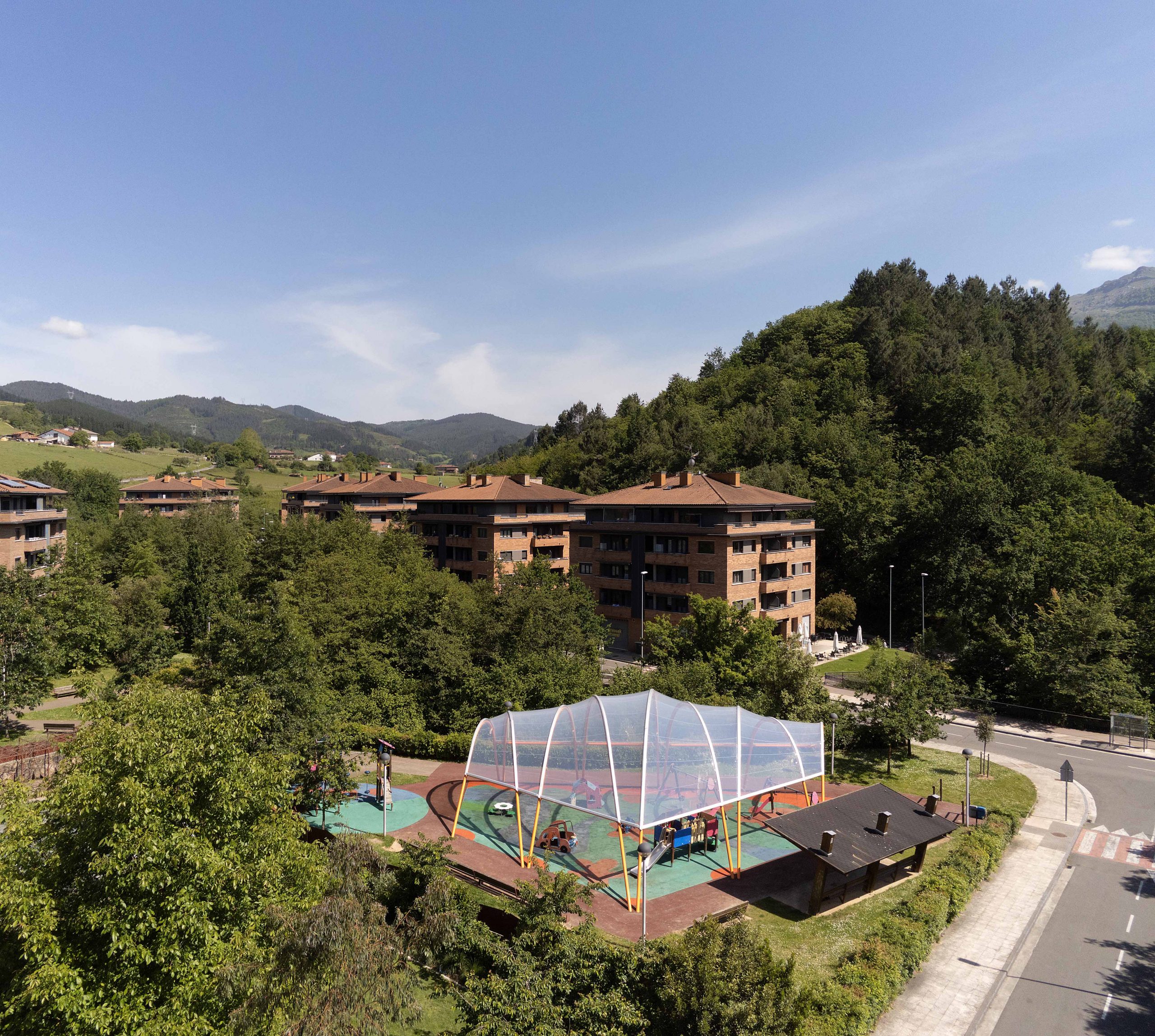 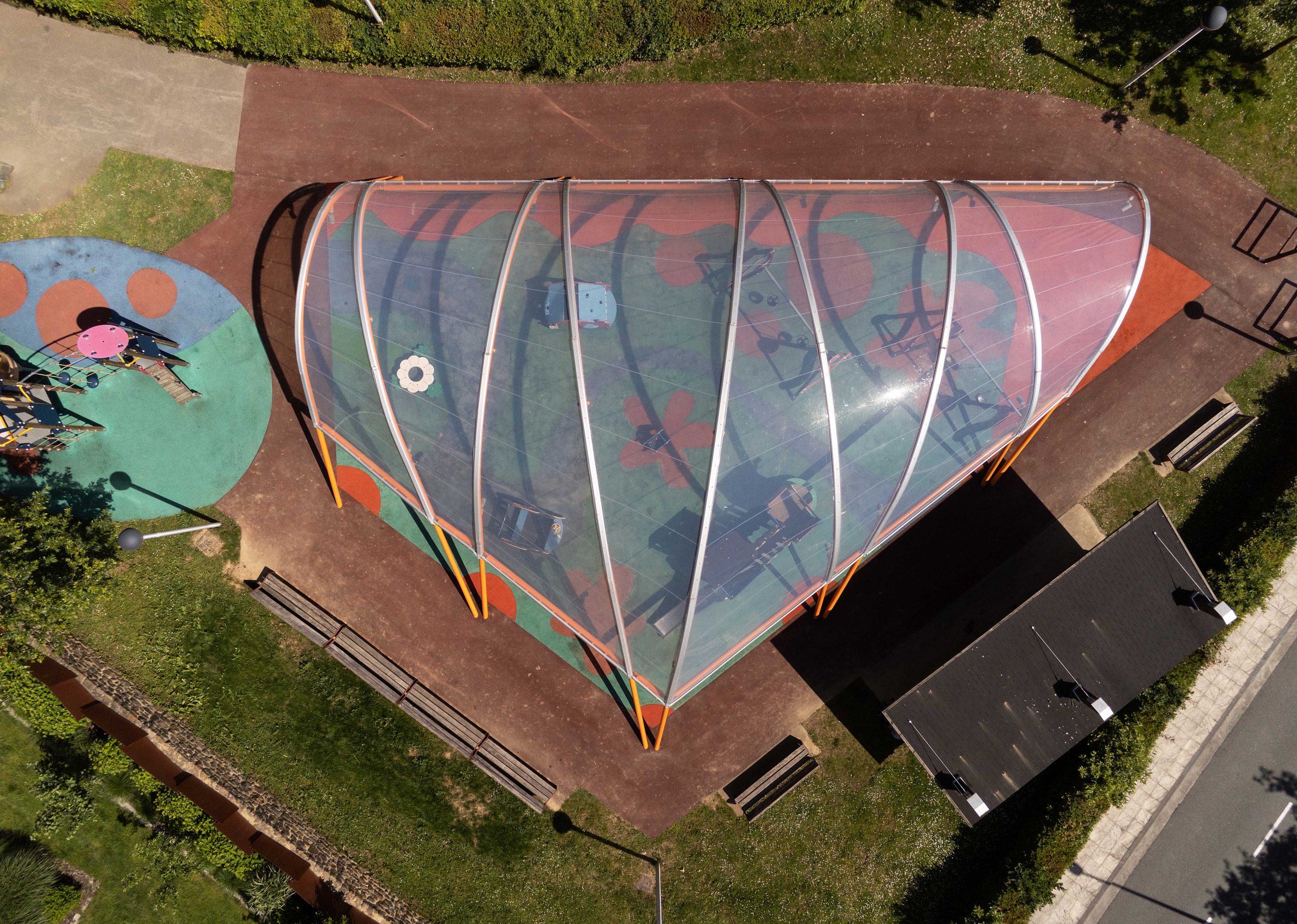 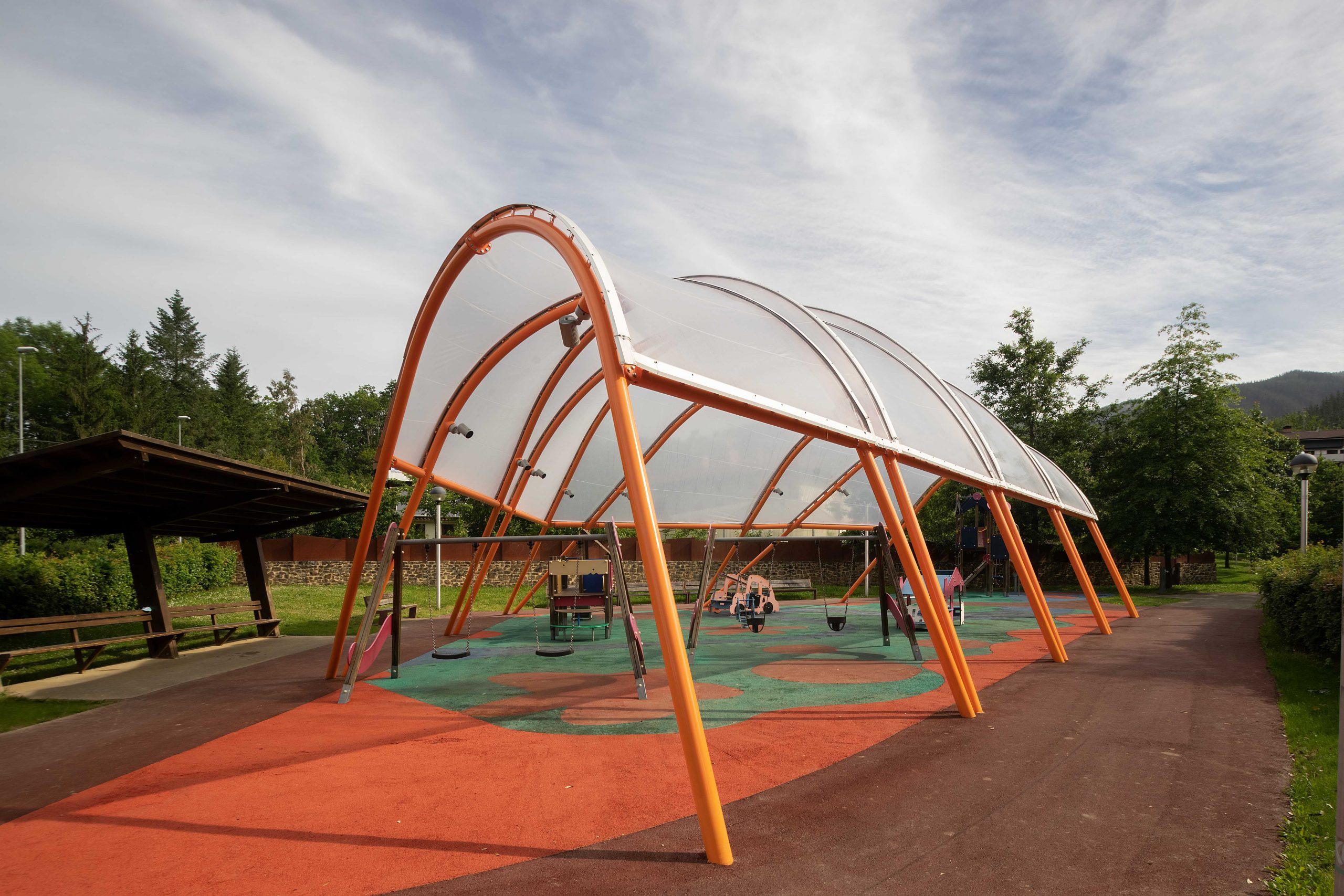 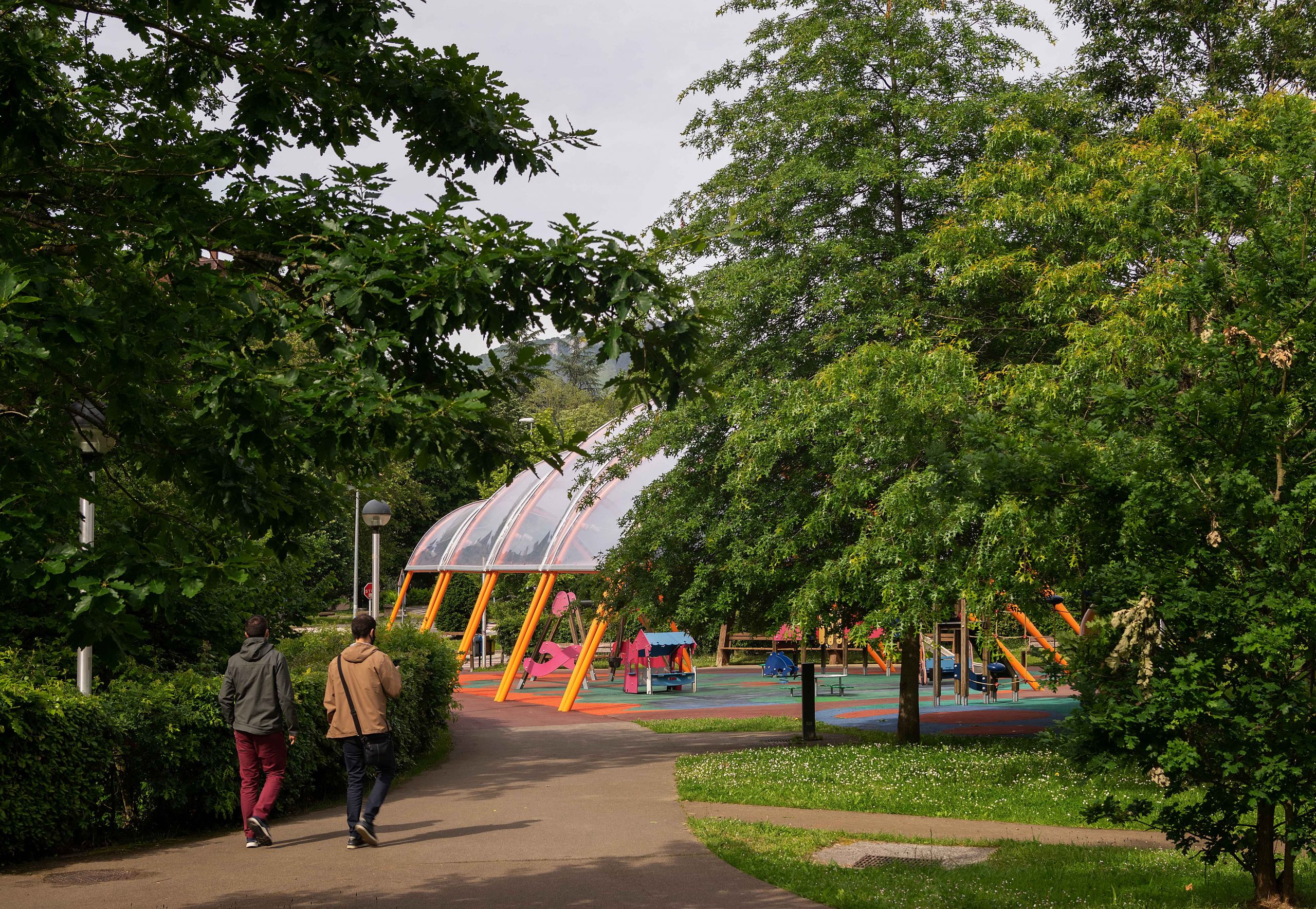 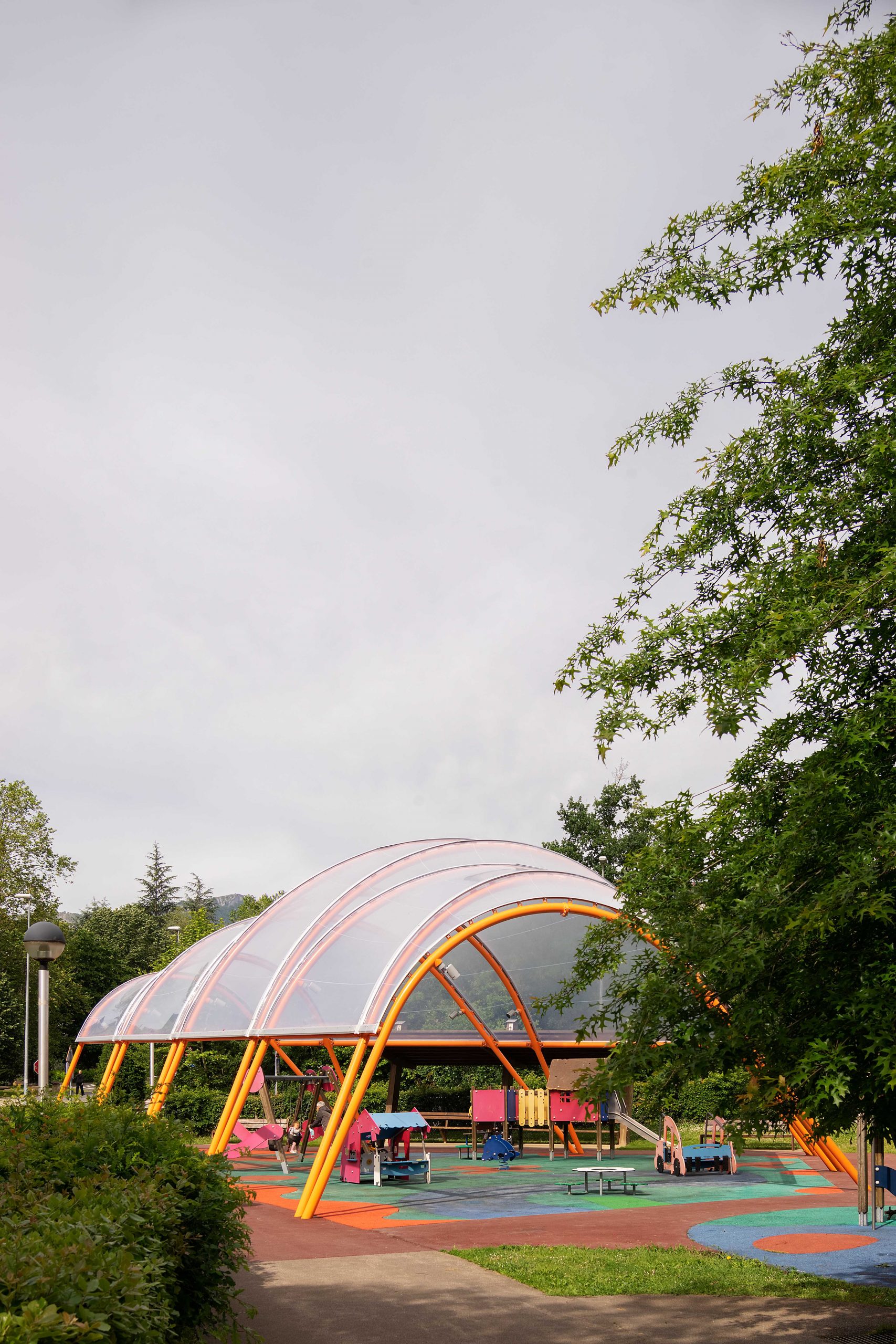 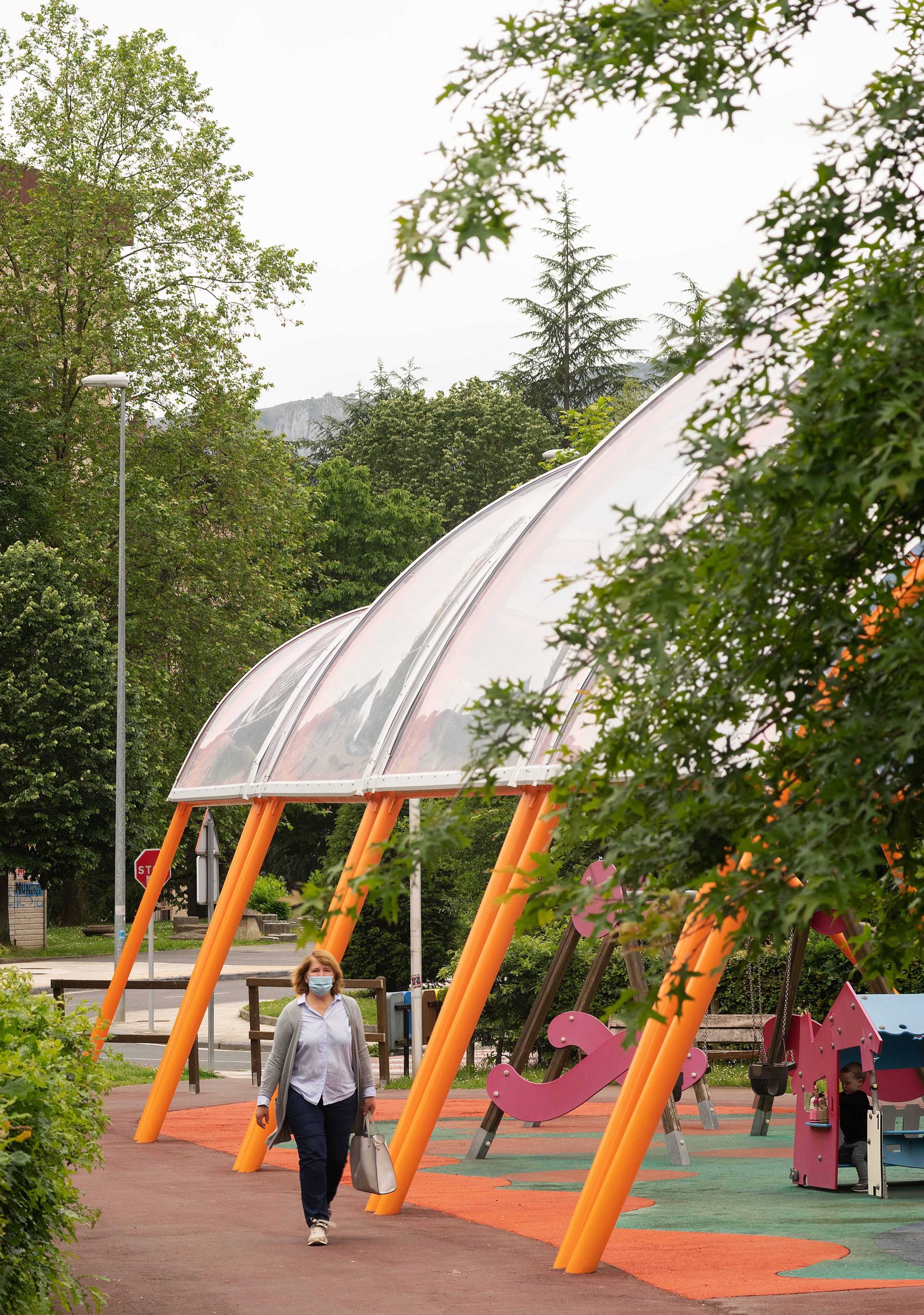 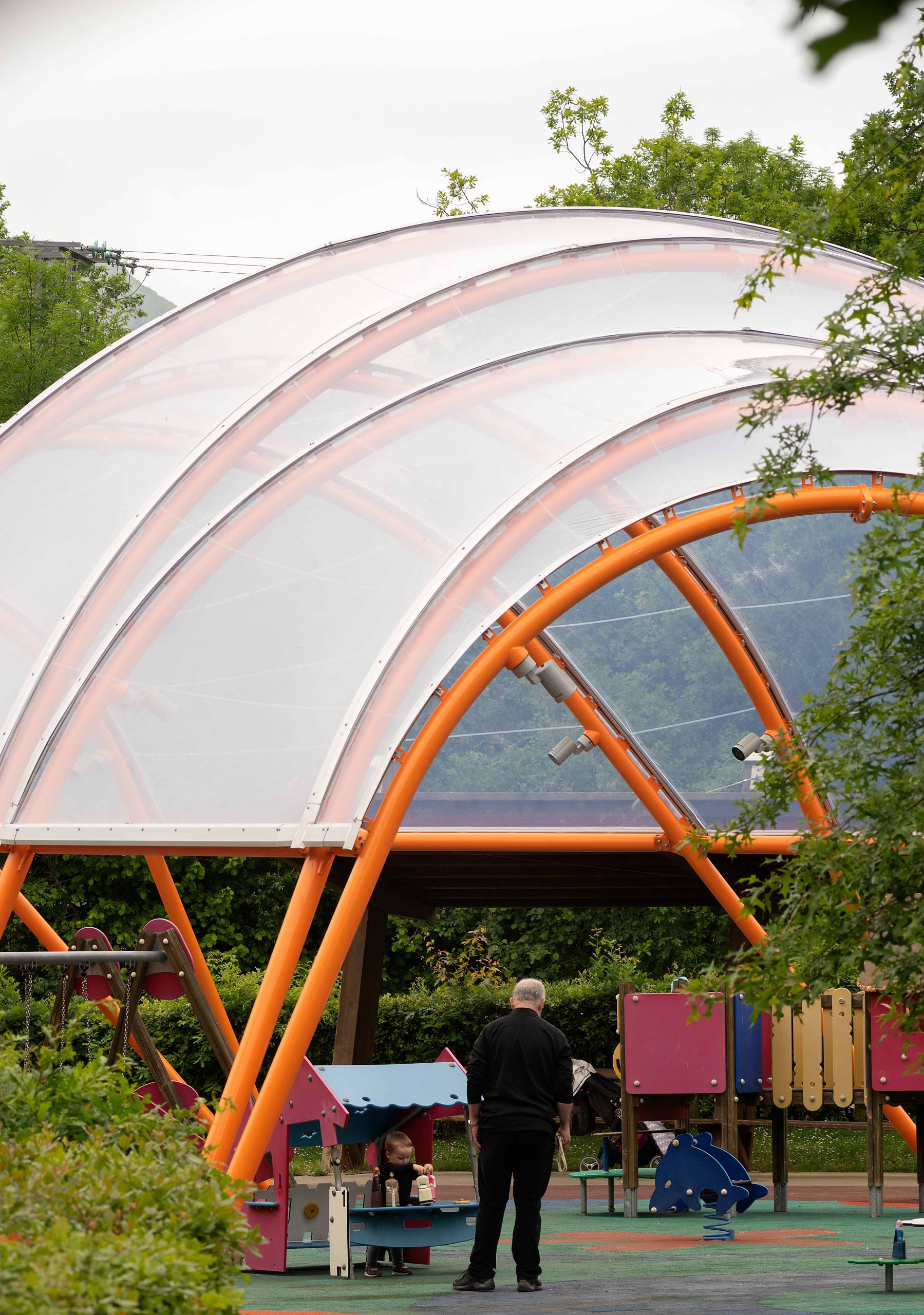 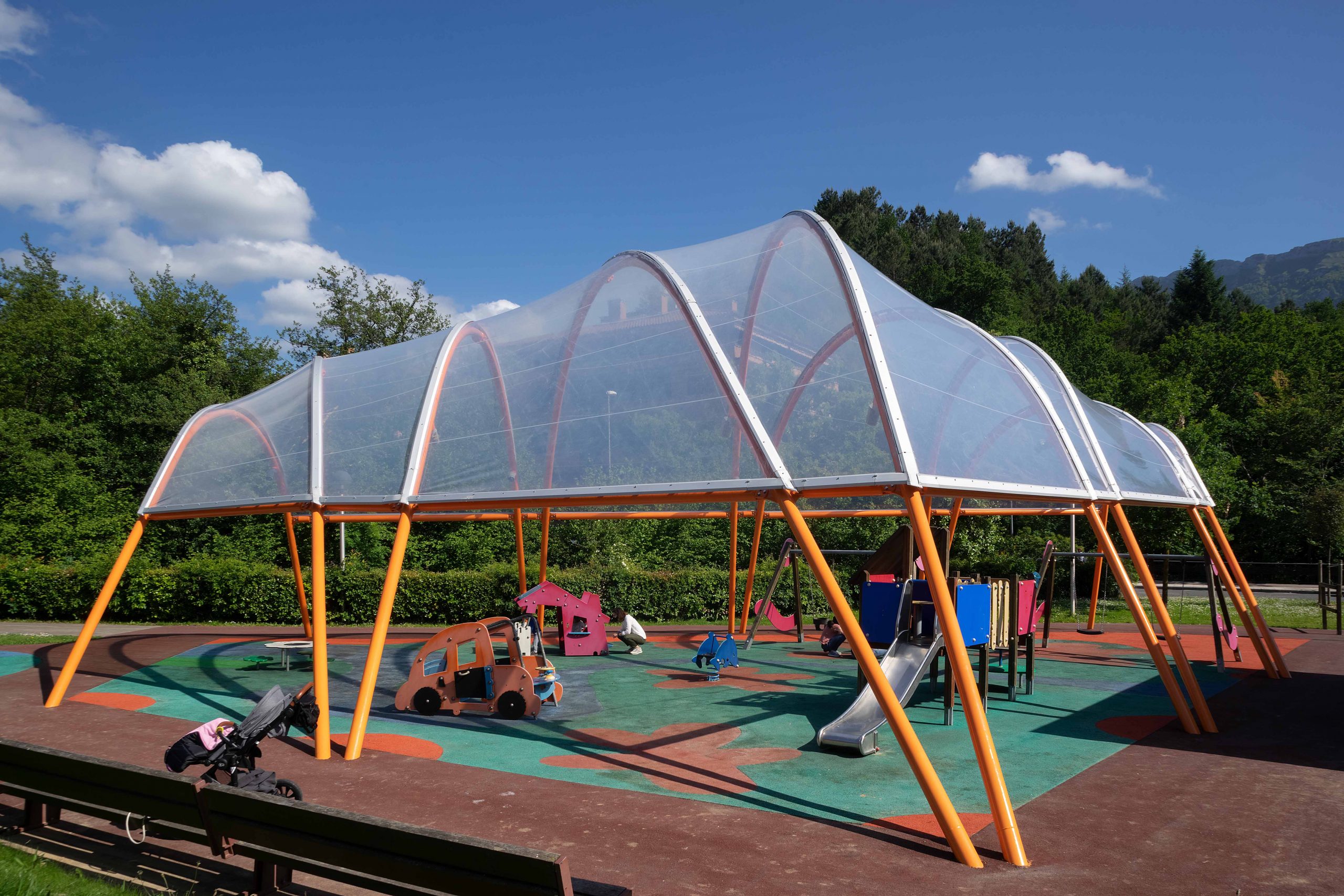 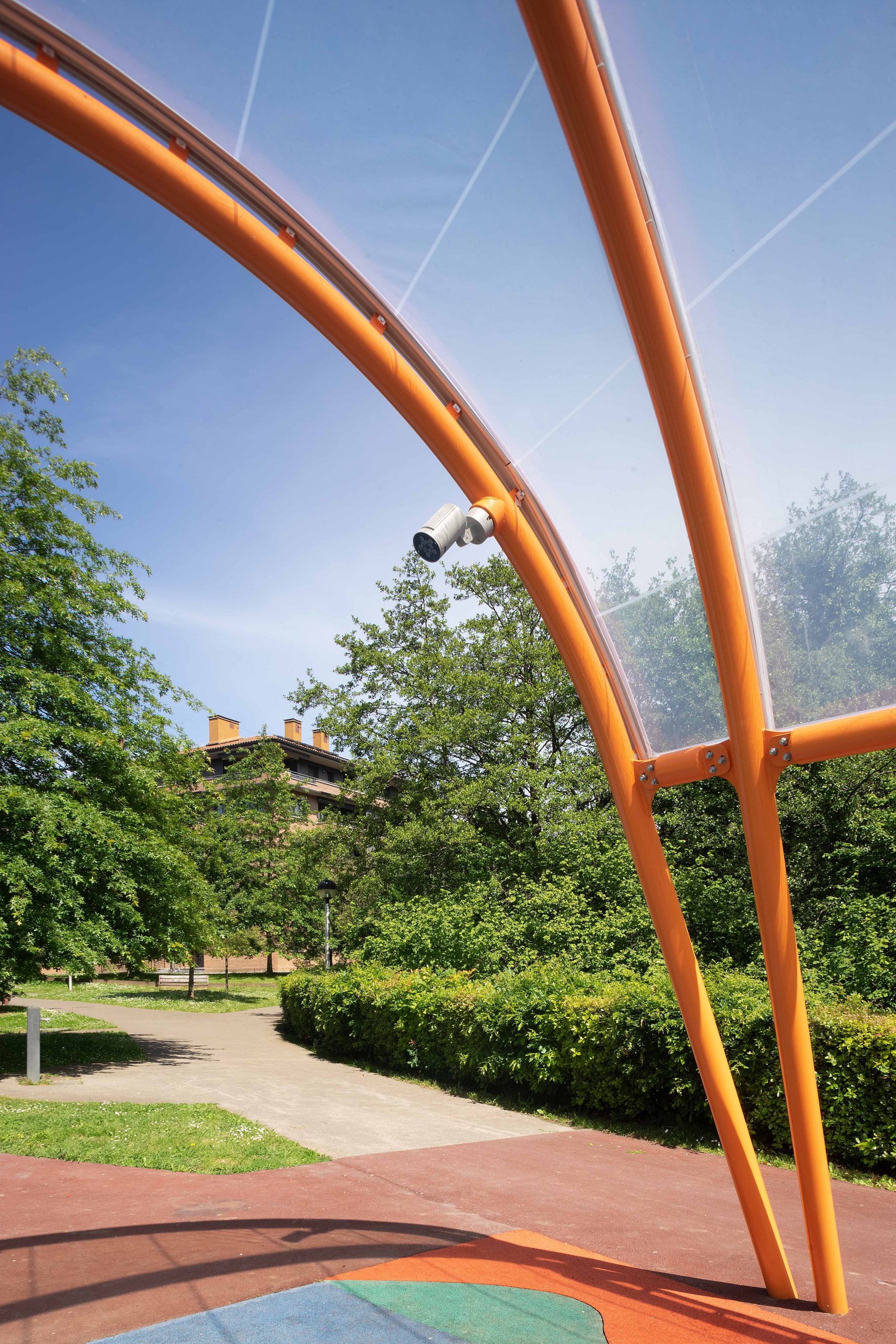 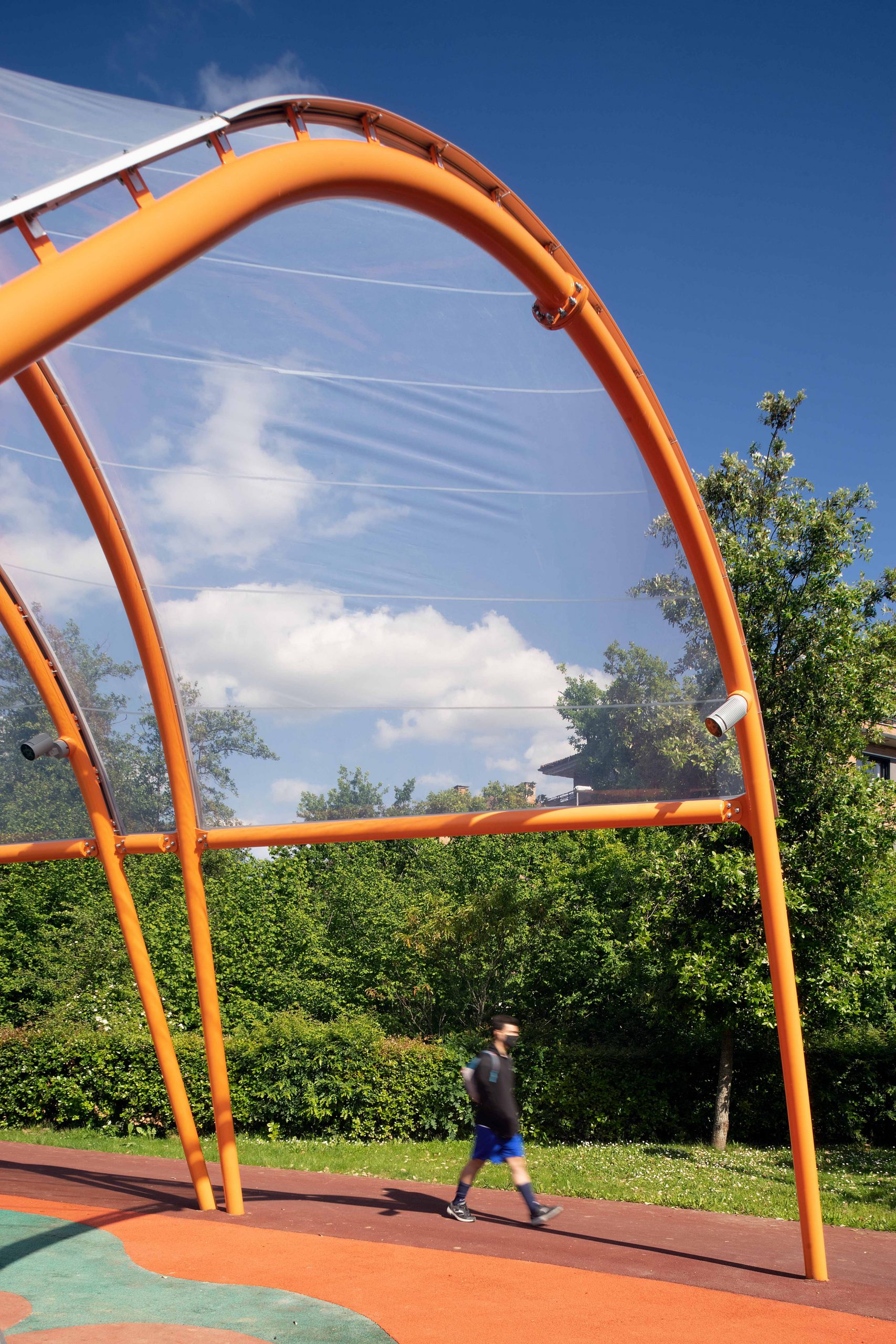 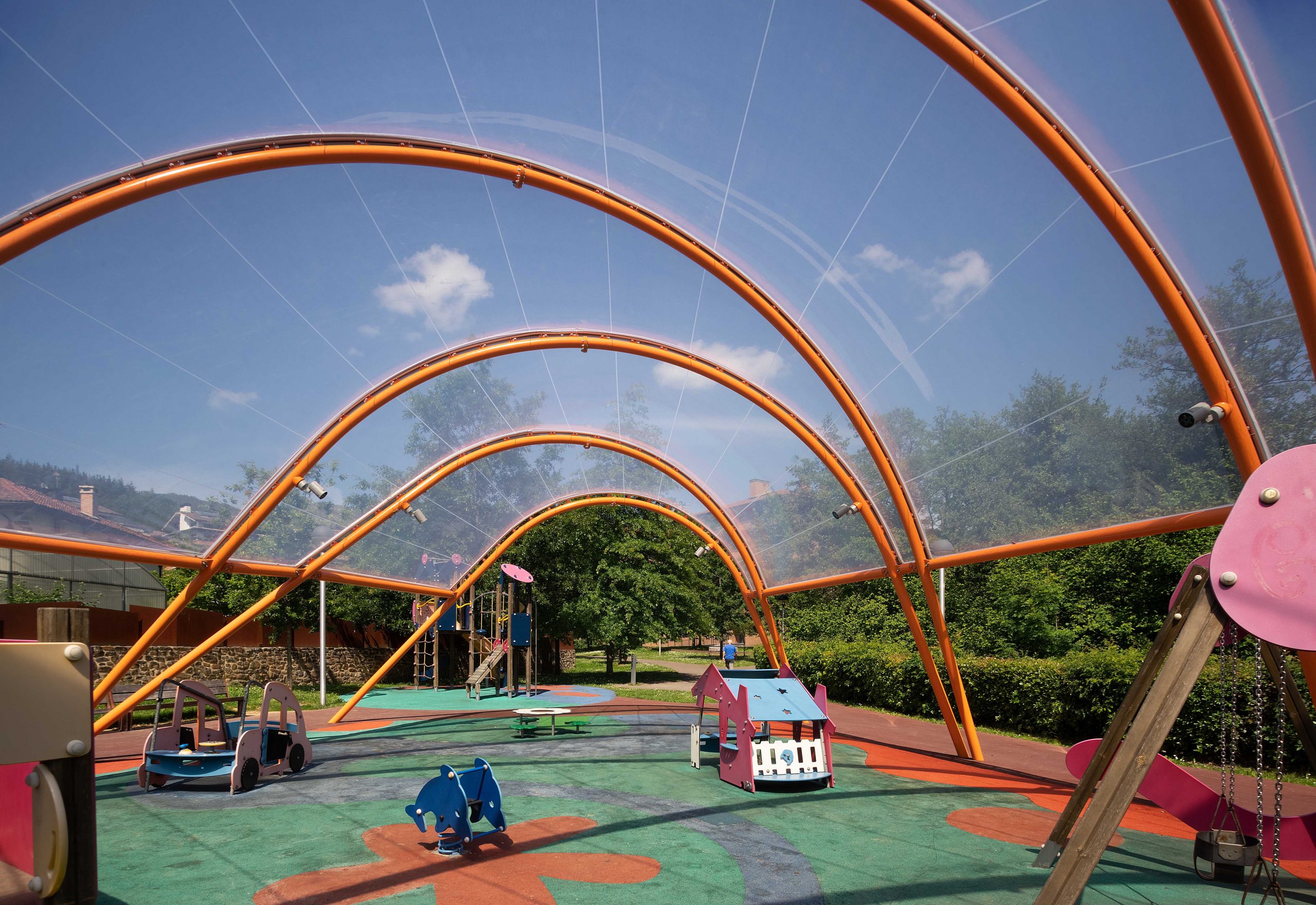 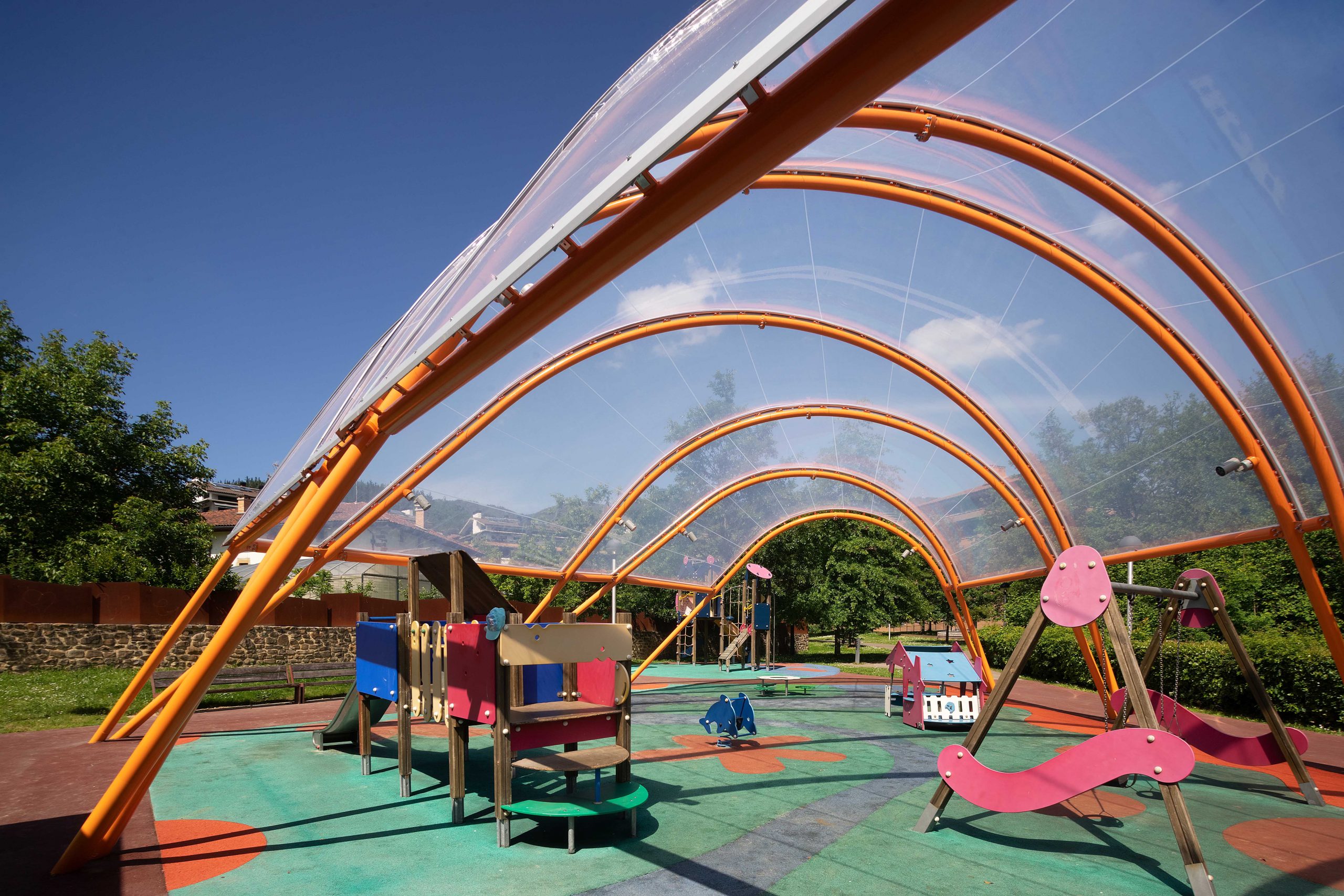 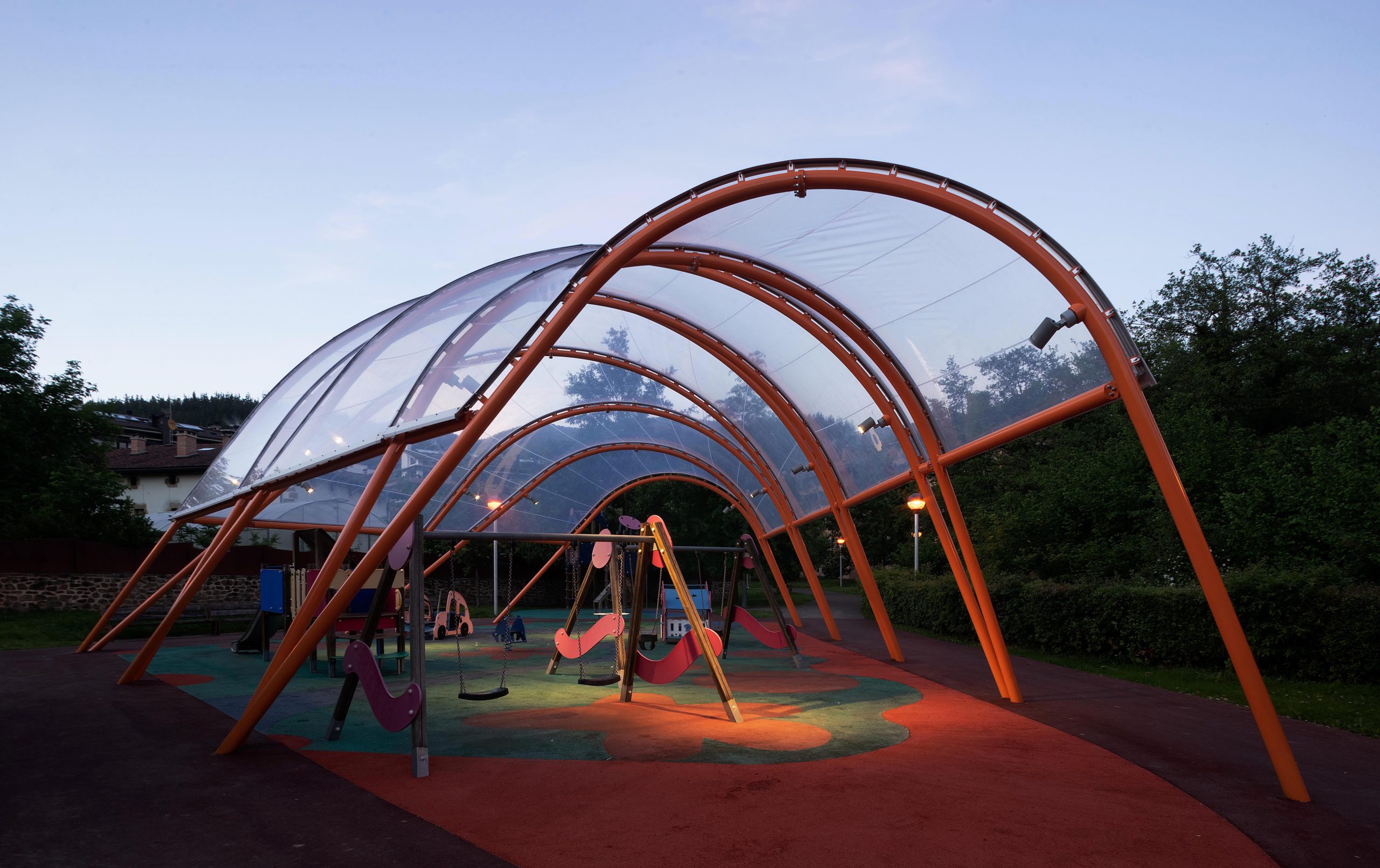 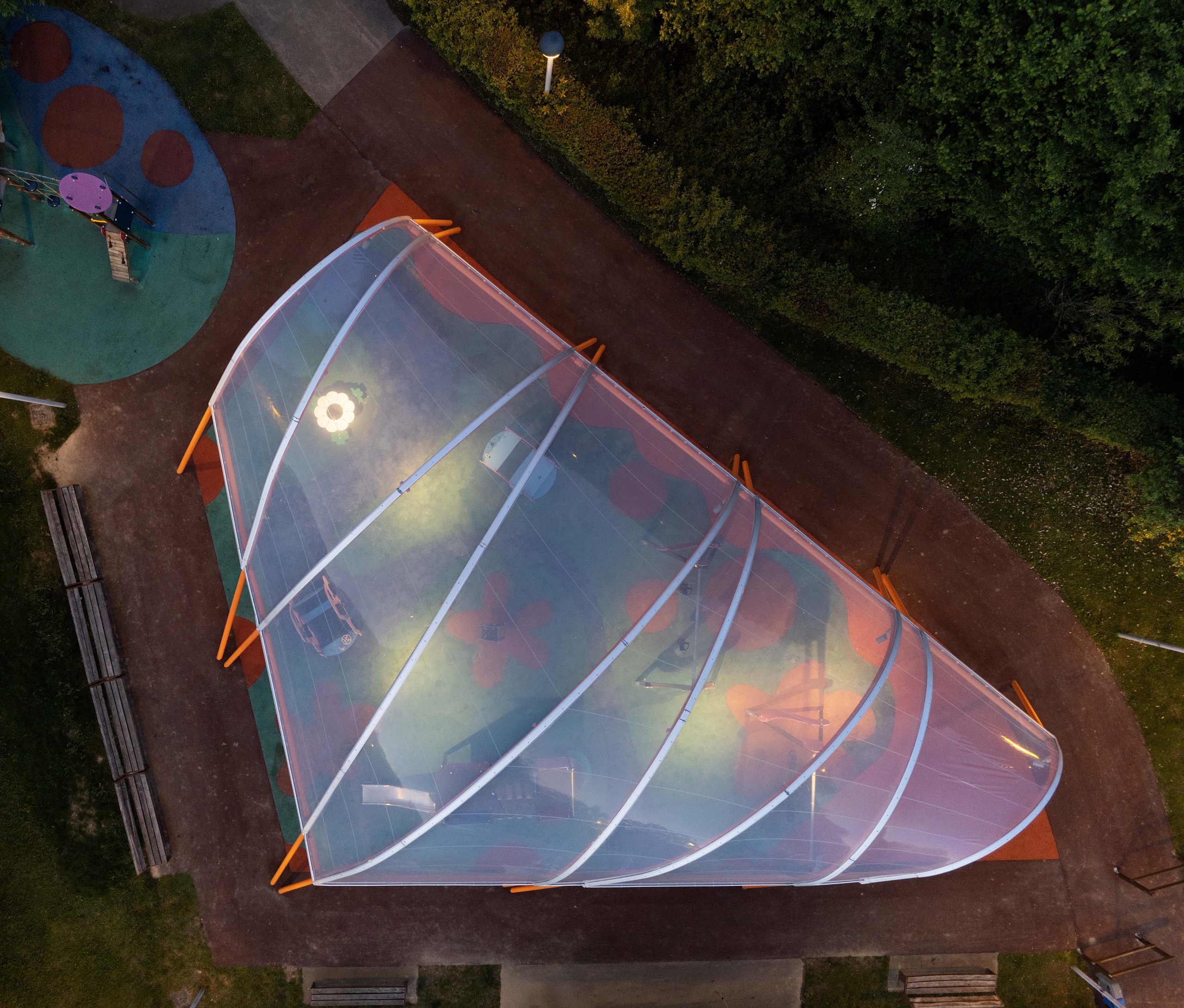 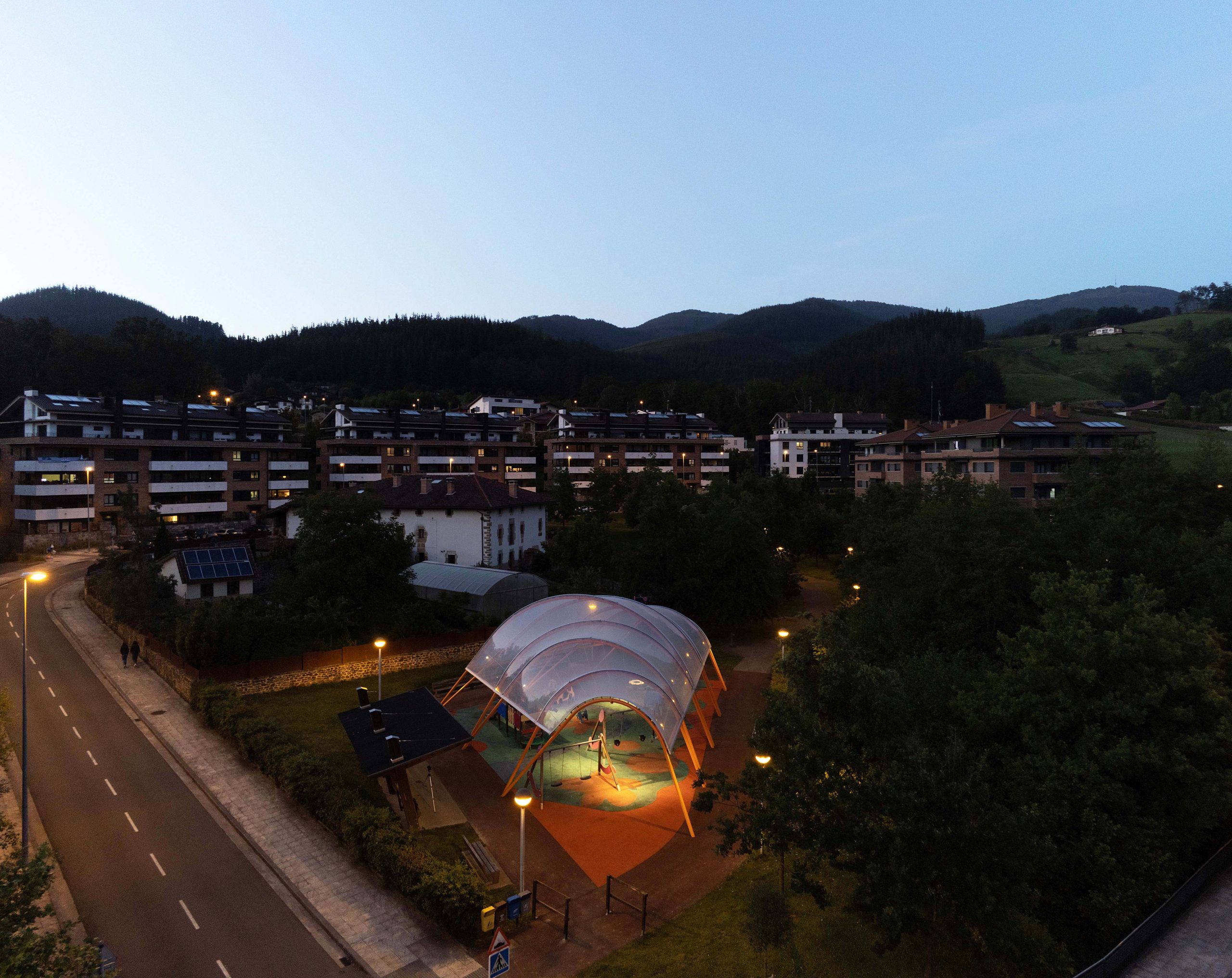 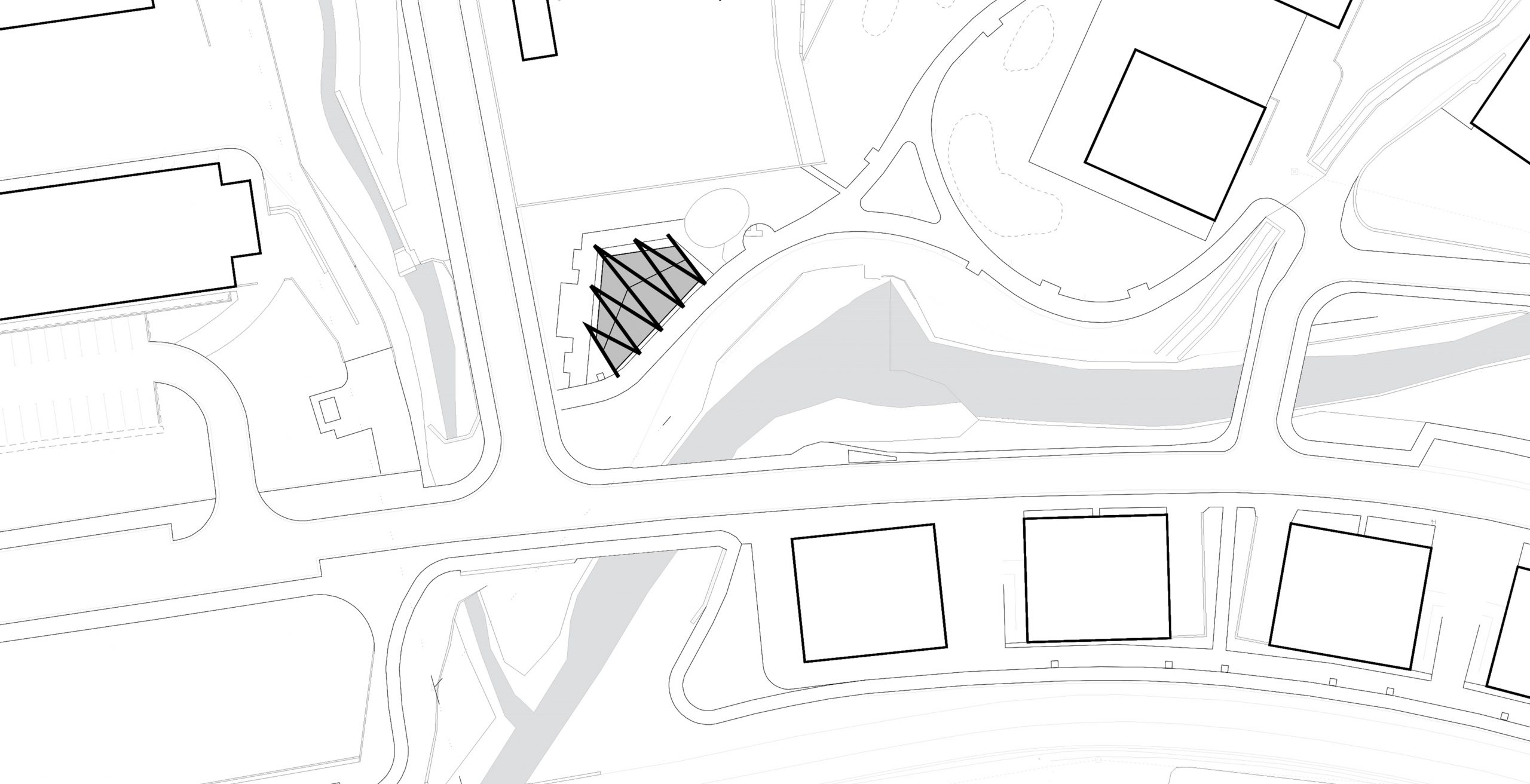 The project answers to the requirement of a covered area in the park of Ugarkalde. A roof able to host activity all year round, despite of the weather conditions. The proposed canopy involves adding a new element to an existing park, complementing this way the other recreational areas of this urban space. The new structure is situated over one of the two playground areas -the biggest- reaching a surface up to 170sqm.

The project looks for a light element, able to integrate into the surroundings and adequate to its function. The extension of the surface to cover and its particular geometry are the starting point for the generation of a structural game that brings dynamism to the new element.

That structural game, articulated through visually continuous steel profiles performing a zigzag, is in practice a bunch of arches with variable height that naturally adapts to the space, flying over it with lightness. This lightness condition is emphasized by using ETFE as covering material.

On the other hand, the proposals tries to avoid the idea of pavilion, offering, on the contrary, a more adequate answer to its playful purpose.