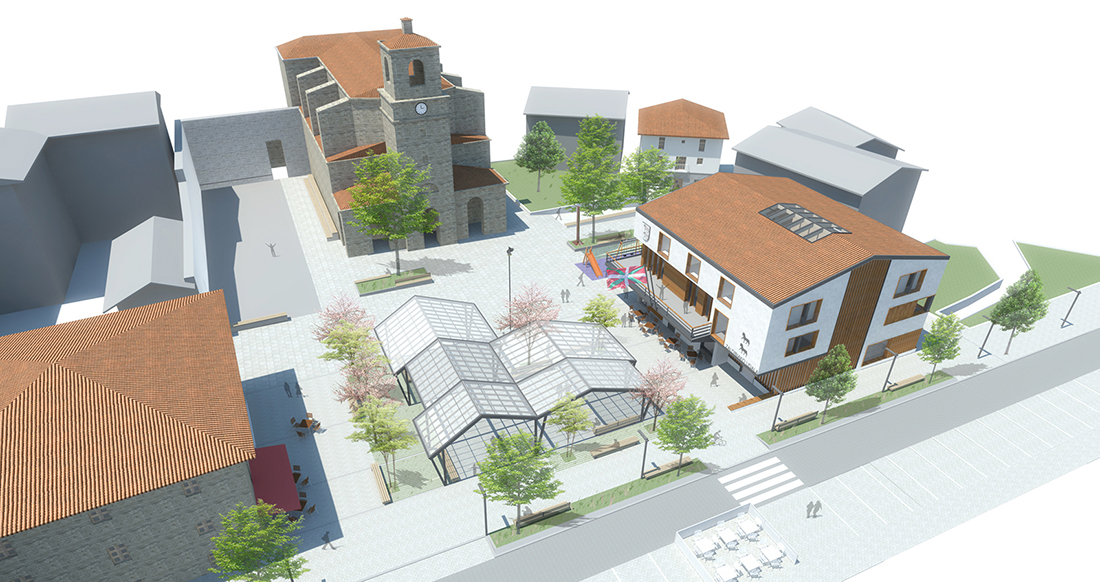 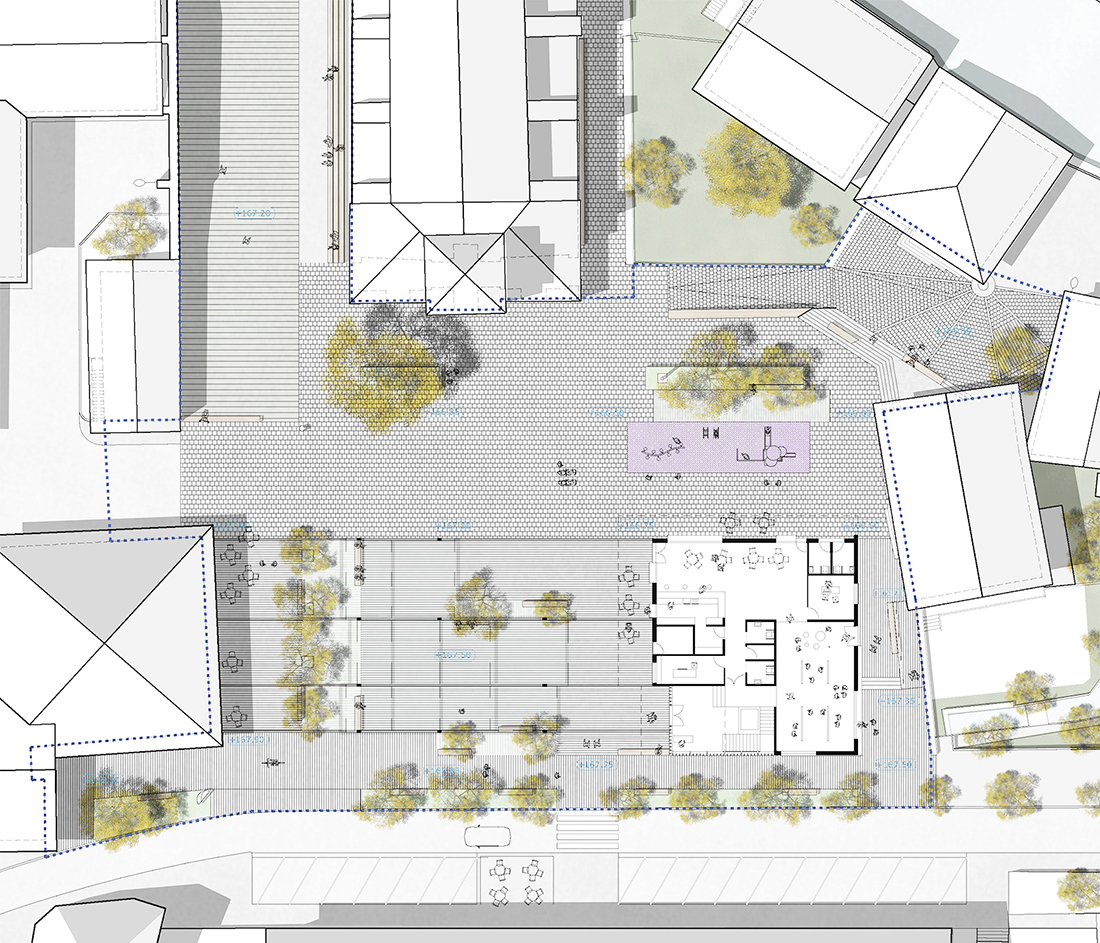 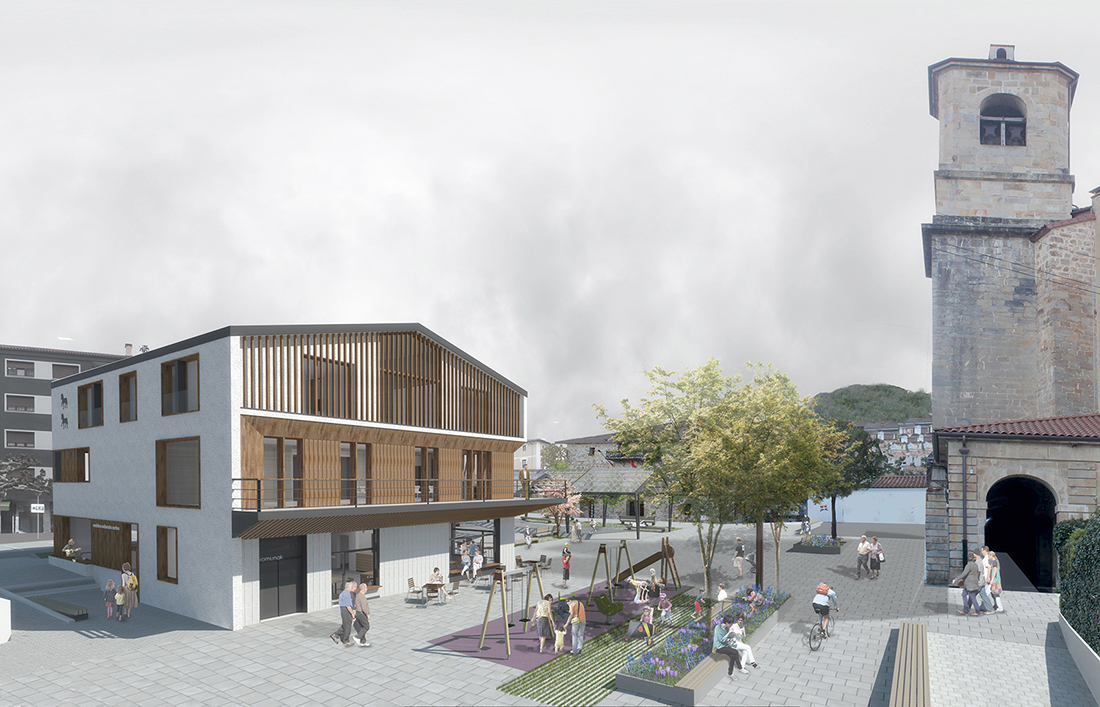 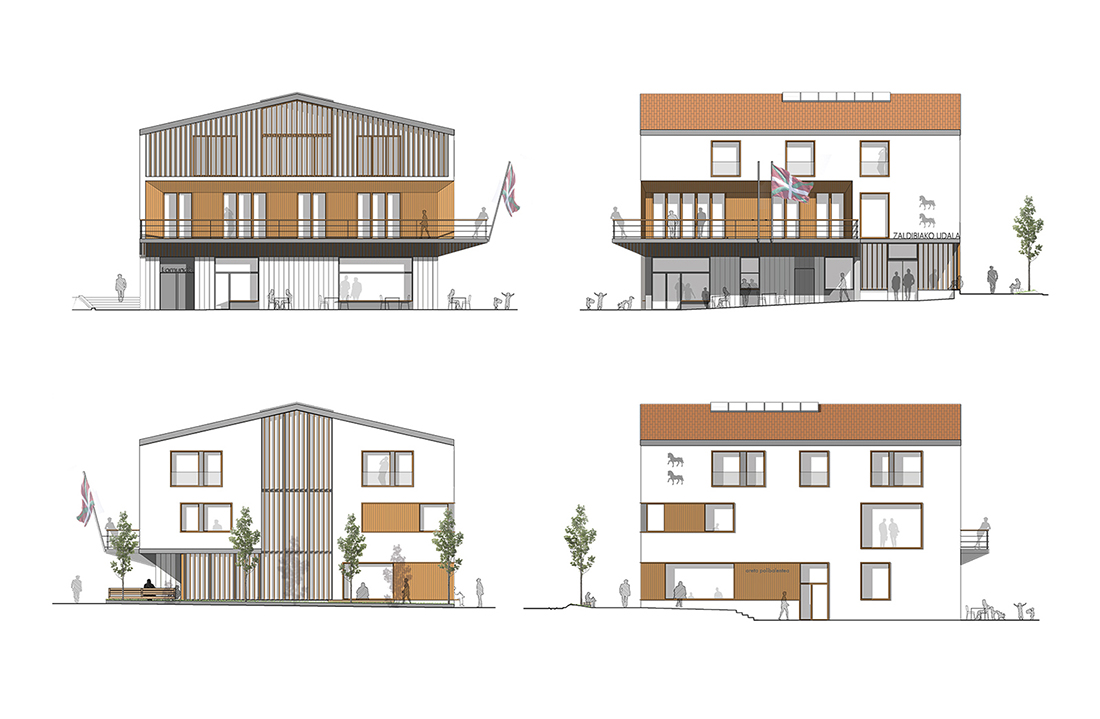 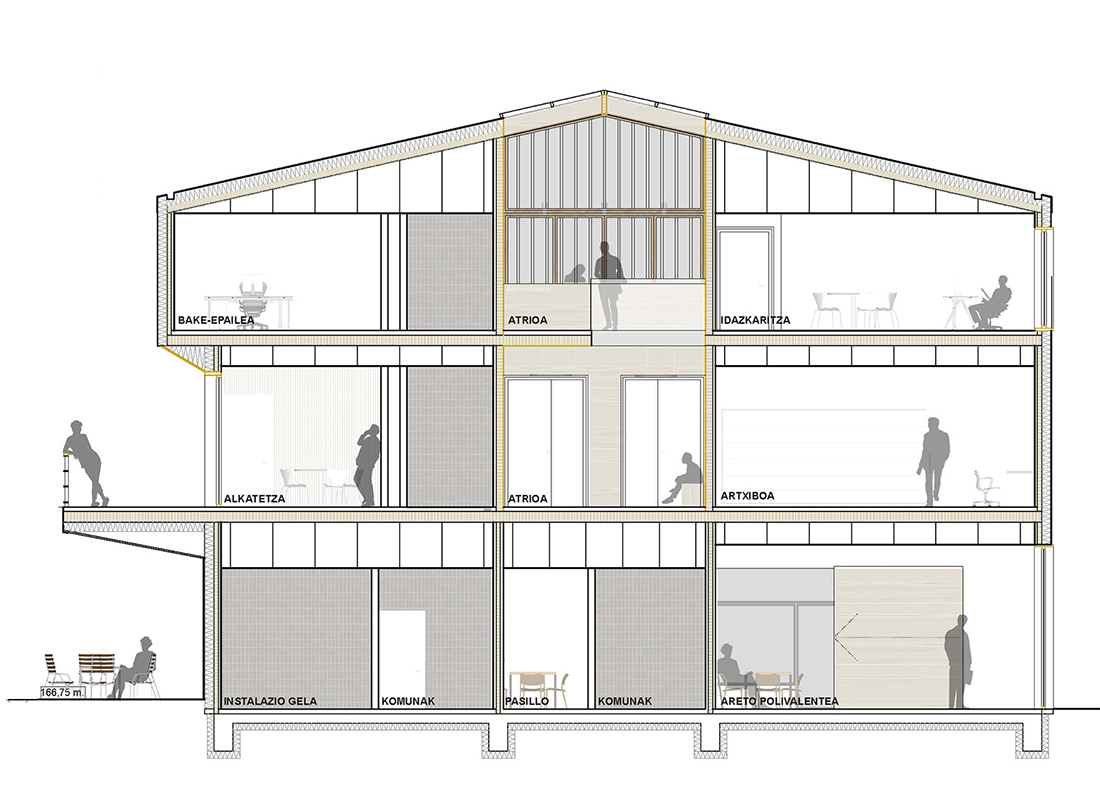 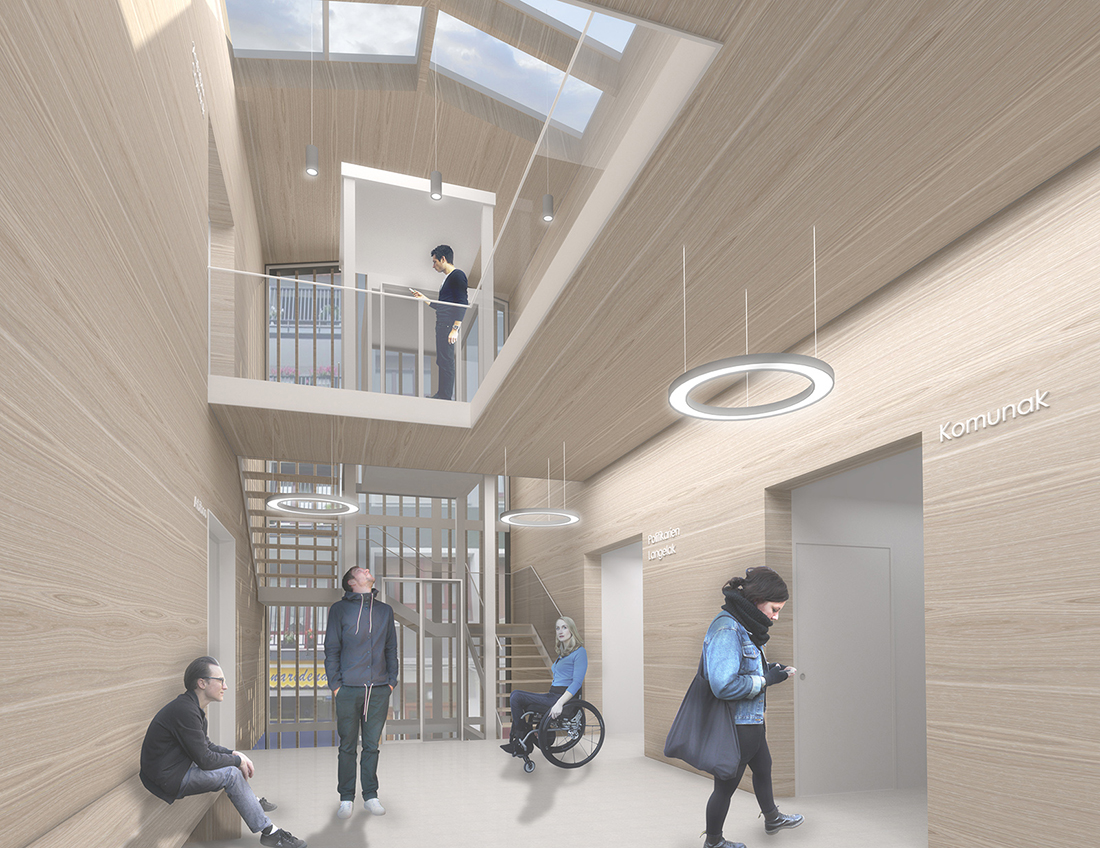 The proposal  aims to create a representative public space in Zaldibia, integrating the City Hall in the town’s context and according to its requirements.

A new covered area situated between the new City Hall and Albitsu Etxea (Herriko Taberna) is proposed for the public space. Attending to its shape it answers to adjacent pitched roofs in a sense of continuity with the City Hall’s facade. This way, a unitized and scaled facade is offered to the main street.

The exterior image of the new City Hall seeks its integration by using a contemporaneous language in harmony with the preexistent constructions.

The new building is developed in three floors with a 19x19m quadrangle shape. Formally it is an exempt building, with four facades and a pitched roof that tries to dialogue with the surroundings.

The balcony appears as the iconic element of the City Hall. This balcony extends along the two facades facing the public space. This way buildings main facade is pulled towards the corner, which peers either into the church, jai-alai and Albitsu etxea.

The building is organized around a communication core; an “atrium” that connects the three levels and appears as interior’s most representative space. The strategically situated communication core allows liberating the ground floor obtaining free space areas adequate for a multipurpose room and a bar.

In the upper floors the “atrium” allows the most public areas crossing the building and reaching the private areas of the City Hall.