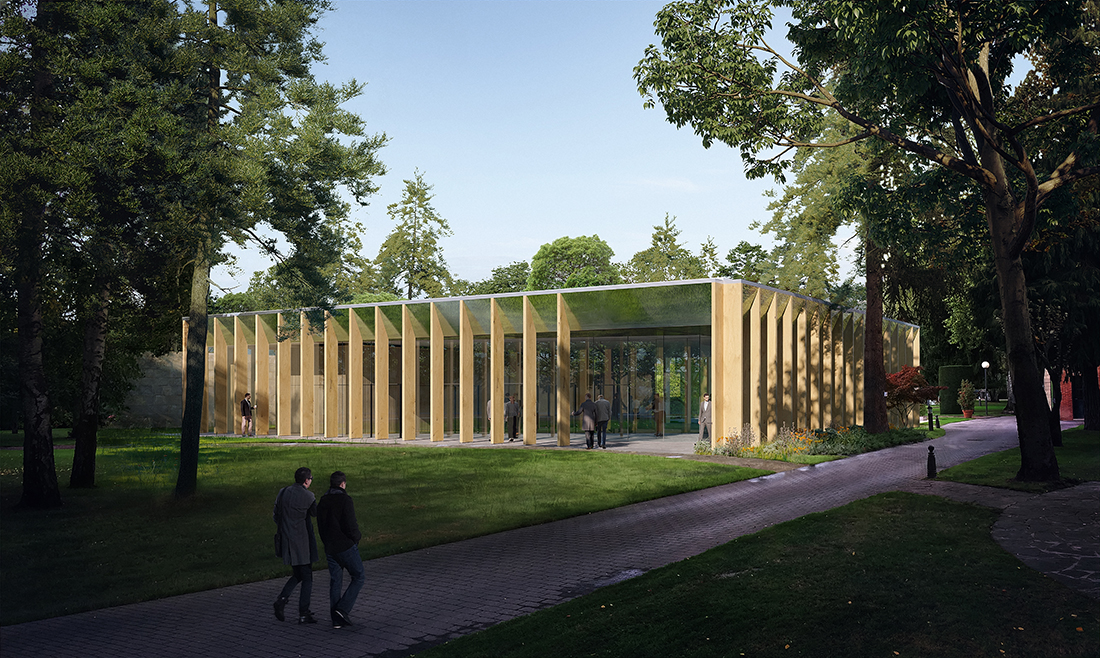 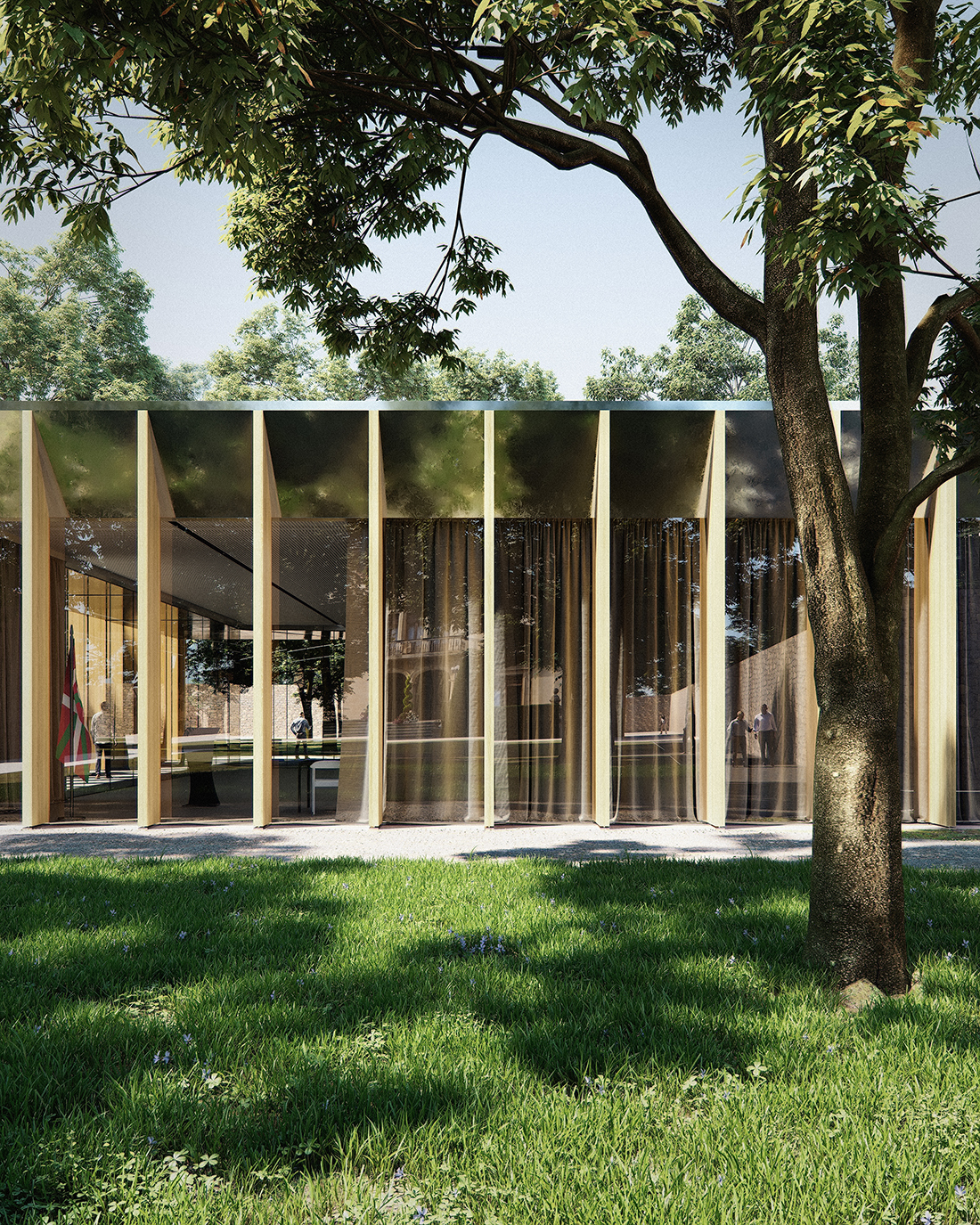 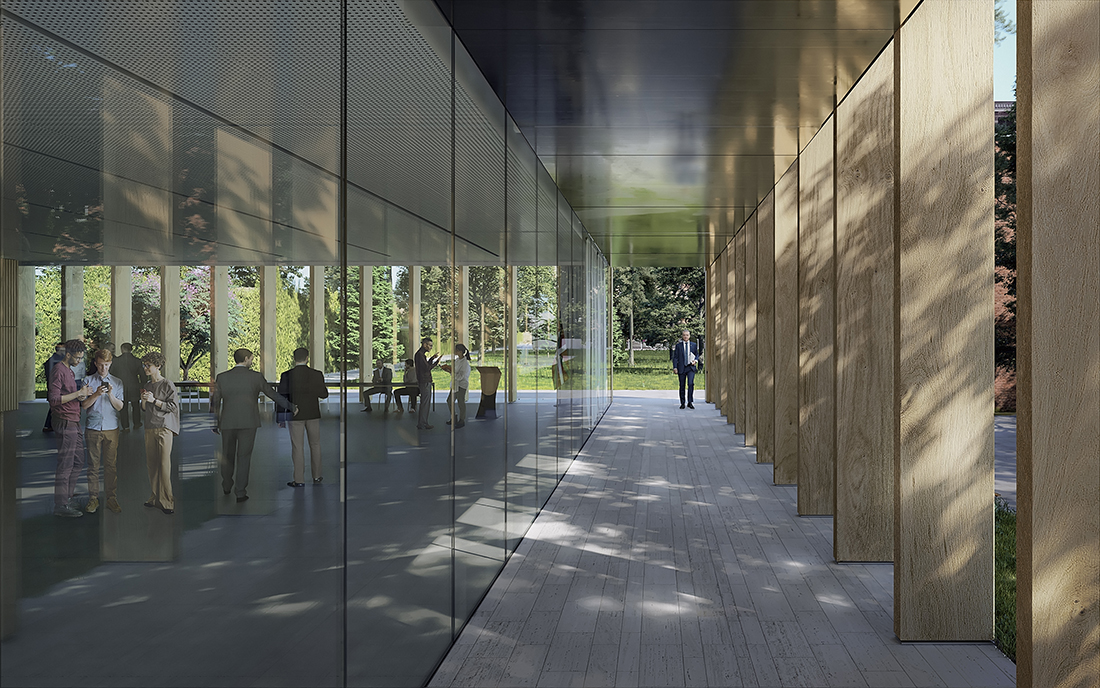 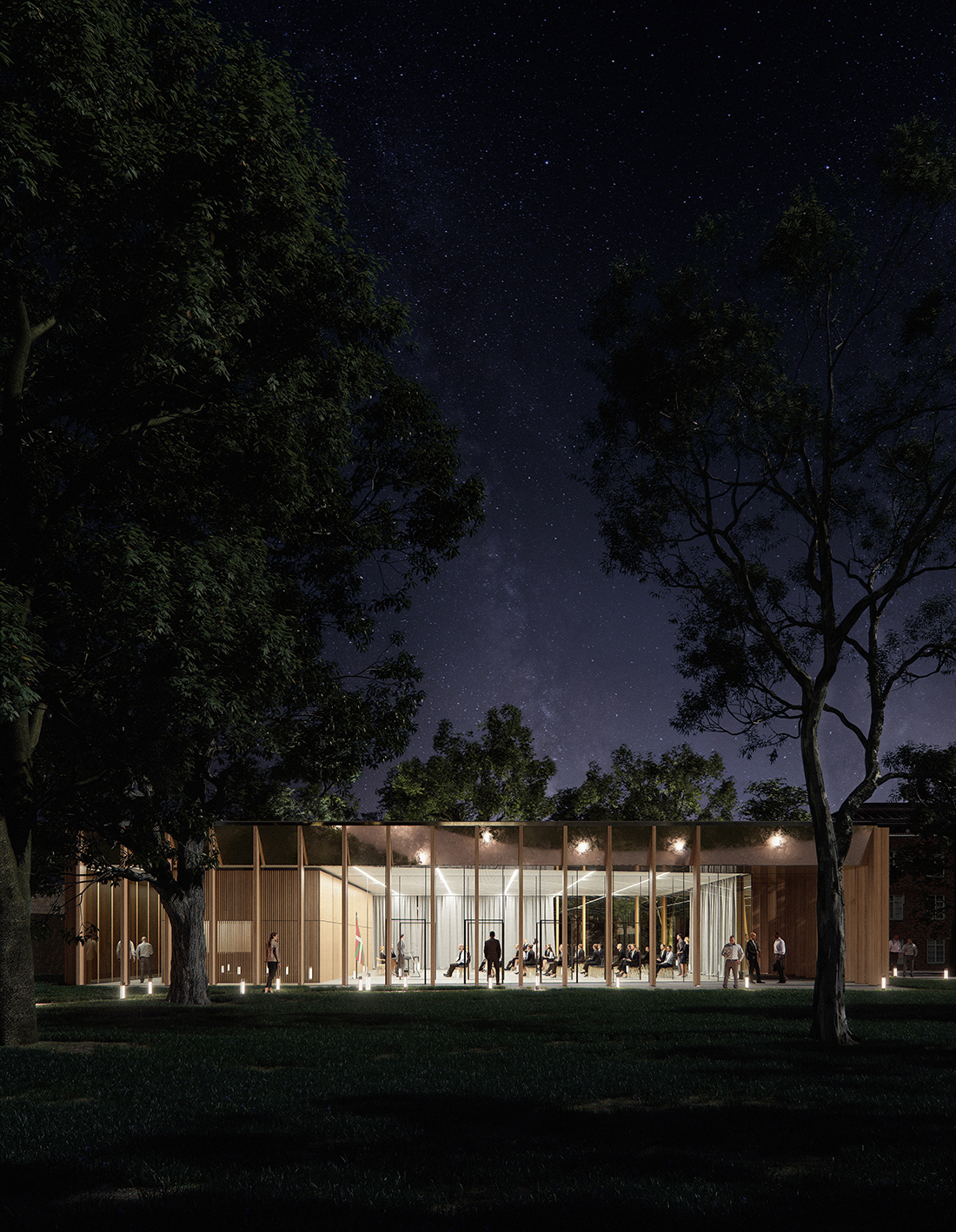 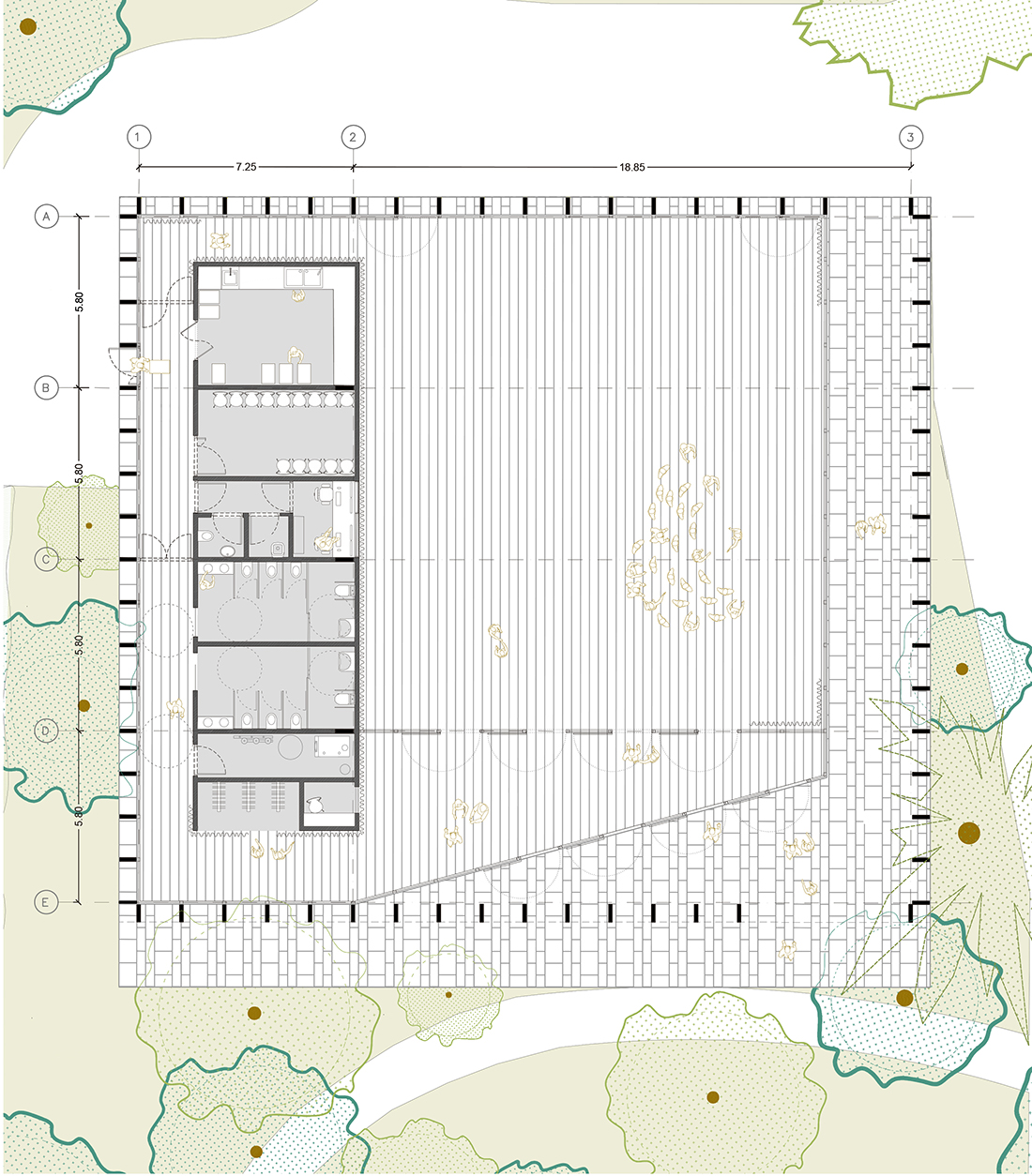 “The holy forest has also been, first of all, setting of political and social gatherings, both for neighbourhood meetings or as parliaments of a tribe, a village, a region or a country. The image of the forest council or assembly is still present in our  collective  imaginary in many different ways. (…)

The building complex of AjuriaEnea, headed by its palace, includes five different constructions distributed along a plot where vegetation predominates. The new reception center appears as an element that comes to join the complex and seeks its integration into the natural and architectural landscape. Buildings’ scale and materiality, together with the rhythm of the facade and a mix of mirroring and transparency, seek that natural communion with the place.

In a first approach we find a sober and discreet piece, characterized by the rhythm of its facades, that answers to the institutional character of this kind of spaces. Exterior isotropy has to do with the “object” condition of a small box or pavilion, halfway between public and domestic.

The exterior facade, marked by its verticality, is made of oak slats that appear as trees joining the existing vegetation. Likewise, mirror fragments over building’s crown try to capture the green colors of the forest in a mix of mirroring that contributes to its integration while, at the same time, erases the interior-exterior limit.

Expressivity of the facade and its traditional connotation, characterized by rhythm and repetition, leads to a less ruled and more aseptic and flexible interior. It is exactly that duality, between forefront and tradition, the quality that the reception center wants to show. This is an idea that is repeated throughout the whole proposal.